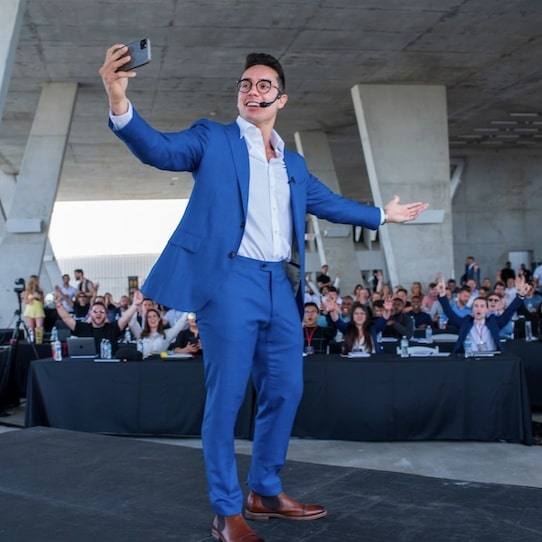 Ravi Abuvala, the Scaling With Systems guy, has a new opportunity. It’s called The Remote Integrator Masterclass: a training that’ll teach you one simple skill over four hundred and forty-one real people are using to make six figures online, without starting a business, selling junky products, or doing affiliate marketing. It gets better. There’s zero overhead, it works in any market, requires no previous skills or fancy degrees, and you can do it from home in your spare time. Read on for my review.

In the pitch video for it, he says, “This is the absolute best time to take advantage of an opportunity that less than one percent of the population has any idea even exists. An opportunity to shift wealth in your favor. An opportunity to learn a skillset that is so desperately needed in a multi-billion dollar marketplace that people are literally throwing ten, twenty, thirty, even fifty thousand dollar checks at brand new beginners or novices to get this done. We live in a crazy time right now. A time where people are making more money online than ever before.”

Ravi actually dropped out of law school a few years back. Up until that point, the most he’d ever made was a couple grand a month waiting tables part-time at an Italian restaurant. Then he discovered this amazing skillset. And no, it’s not starting your own ad agency or doing social media marketing or doing affiliate marketing or even being an inbound closer. It’s not some hack or gimmick or loophole either. So what the heck is it, right? Ravi calls it “remote integration.” Scroll down for more specifics.

Actually, Ravi gives none. Something about identifying bottlenecks in businesses and giving them a copy and paste system that makes them hundreds of thousands of extra dollars, which is why they’ll be thrilled to cut you a check each month. Then he goes back to selling you the dream. Make obnoxious money, work very little, and get yourself a blacked-out Porsche 911 GTS and a penthouse in Miami like him. Of course, you won’t be spending much time there because you’ll be too busy taking one exotic vacation after the next.

The regular price of The Remote Integrator Masterclass is nine hundred and ninety-seven dollars. But for a “limited time,” it’s yours for just a single payment of thirty-nine dollars and ninety-seven cents. I’m sure there are plenty of upsells after that. The entire sales page seems to be closely modeled off of The Officeless Agency Masterclass by Chance and Abdul. I get the whole “success leaves clues, why not find what works and just put your spin on it,” though, so I guess I can’t completely fault him for that.

I don’t know though. When I reviewed Ravi’s other program, Scaling With Systems, I had nothing but good things to say about him. He seemed legit, ethical, original, all that. And honestly? He probably still is. But it seems like he sold out with this particular offer. He went full guru. He never got into what you’d actually be doing to earn these massive checks. That’s super frustrating. And man, even though he says “don’t worry, this isn’t some get rich quick scheme,” I mean, that’s basically what the entire sales page implied.