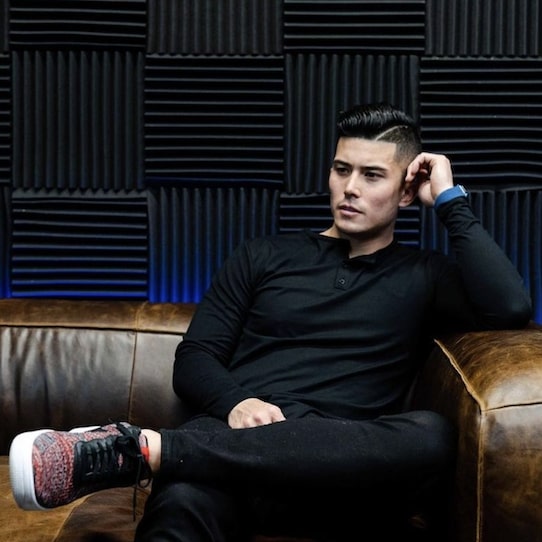 Ryan Pineda wants to redefine what wealth really means to the world. “I think there’s this huge misconception for people in general,” he says. “When you think of a wealthy person, you’re like, ‘Oh, that person’s got a high net worth. They make a lot of money. They’re rich.’ But for me, I’ve been around a lot of rich people and I would not consider them wealthy. In fact, I would not trade places with them. I would not wanna have their life.”

Based on what Ryan’s seen, the majority of these rich folks have really jacked up lives. They’re divorced, they don’t see their kids, they’re 50 pounds overweight, lost their faith, addicted to drugs and alcohol. Whatever it is, right? The pursuit of money took its toll on ’em. If you look at their life as a whole, it’s not that impressive. It’s almost as if nobody ever showed ’em what true success really looks like. Which is exactly why Ryan launched his latest venture, called The Wealthy Way.

“It’s something that I’m really passionate about,” Ryan says. “And I really hope that The Wealthy Way is something that defines me for a long time. I think people have a chance to really make an impact on this world in many different ways, and for me, teaching people how to make money and flip houses and buy real estate and invest in ecom automation and all that stuff? It’s great, but it’s only one piece of wealth. And I feel as though I haven’t done a good enough job showcasing what the other aspects look like.”

As successful as Ryan is at business, he still makes time for the gym, for date nights with his wife. He’s outta the office by 5 o’clock every night to go hang with his kids. They travel, they take vacations. They work on their faith. Ryan’s podcast listeners love that about him; it’s not the Gary Vee approach, where it’s all about hustling your face off and working yourself into an early grave. Problem is, nobody knows how to be well-rounded now. They think it’s something you make time for only after you’ve made a bunch of money.

“I wanted to put [together] everything I believe and everything that I have learned for living a truly abundant lifestyle, to redefine what wealth really is,” Ryan says. “So The Wealthy Way is many different things. The first thing is the course: Wealth Builder Academy. It’s a step-by-step blueprint on how to live The Wealthy Way and understand what you should be striving for. Goal setting, mindset, habits, skills. No theory. All stuff that I actually do every day, and so I know it works. So yeah, go get the course today.”

“The second thing I created was The Wealthy Way Planner. It’ll help you set goals, stay accountable, figure out what kinds of habits you should have in your life. And it goes hand in hand with the course. The third thing is we created a Discord group, full of people who are trying to grow in all aspects of their life. A community of like-minded individuals. What else? We’ll be launching a newsletter, creating content via email to give people weekly, ya know, just encouraging messages. And a whole bunch of other stuff planned.”

Ryan admits he doesn’t exactly know what The Wealthy Way will look like a year from now. He hopes it’s a movement people wanna get behind and share with their friends and family. He’s adamant that it’s all free, that he just wants to give back, but I’m not so sure. Historically, this dude does anything to make a buck. “Wait, people will pay thousands of dollars to golf with me? Cool, let’s do that. What’s that? You say they’ll also pay $30,000 plus revenue split for an automated Walmart store? Sweet! Let’s launch that too.” And on and on and on. To me, The Wealthy Way is just a lead generation tactic for his many many offers.