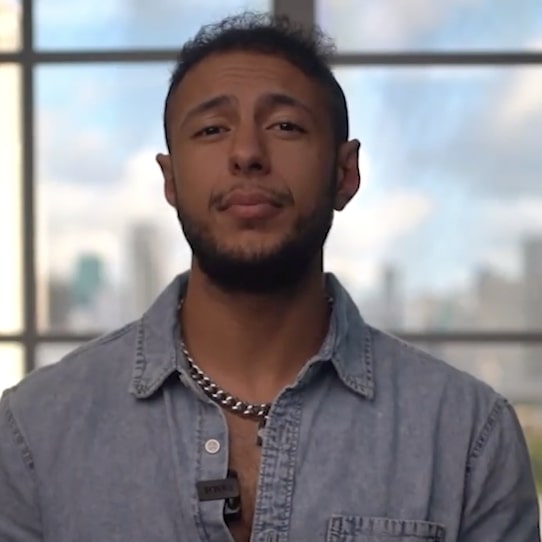 A guy named Ab, from The Black Fund, says, “When it comes to investing, most people are just letting their money burn. Why? Because they’re letting their money just sit in a bank, wasting away due to inflation. They’re doing the bare minimum with their finances. Over the next five minutes I’m gonna show you how to make money work for you without having to go on a scavenger hunt for the right investments.” Review continues below.

“If you’re having trouble managing your money,” Ab continues, “and you don’t have a system that’s going to set you up for long-term financial success? Then you’re gonna wanna listen up. I’ve been investing and trading in the stock market for over a decade. But most importantly, I’ve helped people build 6- and 7-figure portfolios and have set them up for retirement, set their kids up to go to college, and helped them achieve their individual financial goals.”

“So again, I’ve been in the financial game for over 10 years. And I can tell you personally that this is a minefield; and there is a whole lot of dangerous information out there that can get you in a tiring loop of consuming content and still being lost. Well I’m going to give you the exact framework that I used to build out extremely profitable financial plans and investment portfolios for hundreds of clients. So after this video you won’t need to go on searching and searching for information that doesn’t even apply to you.”

Ab goes on to say how everyone thinks you gotta be an entrepreneur and start your own business to gain financial freedom. While that’s certainly one way to go about it, it’s not the only way. Maybe you’re not cut out for that. Maybe you’d rather keep your day job and just get better at making your money have babies, right? So how do you do that? 401(k)? Hey, if your employer’s offering it and doing a company match, it’s definitely something you’ll wanna take advantage of. But that money’s not liquid, is it?

A better (or at least, complimentary) option is what the young men (seems like there’s two other guys in addition to Ab) call the MPG program. Of which, the first sorta principle is to always pay yourself first. It’s just setting aside a certain percentage of your income (ideally, 20%) for the benefit of your future self. The remaining 80% will go to living expenses and recreation. That may seem impossible right now, but with a few day-to-day tweaks, Ab believes almost anyone can learn to live off 80% of their income as opposed to 100.

The second principle is compound interest: the eighth wonder of the world, right? So it’s all about getting your money to work for you. Investing as much money as you can, as often as you can, for as long as you can, to get interest on interest, is a good way to think about it. The beautiful thing about it is that it doesn’t require any additional effort on your part. This is truly passive income that works while you sleep. Like having an army of employees working for you 24/7 and you don’t even have to pay them.

But the third and final principle is ya gotta start now. Time is probably gonna be your biggest lever. So every day you delay is throwing potential gains out the window. What type of gains, you ask. Well, if you were to begin your journey today, with zero dollars, and invest just $500 a month for the next 30 years, your account value would be roughly $1.1 million. So even if you’re not a big earner at your 9-to-5, we’re talking about millions of dollars here. Book a call with someone at TheBlackFund.co to learn more.