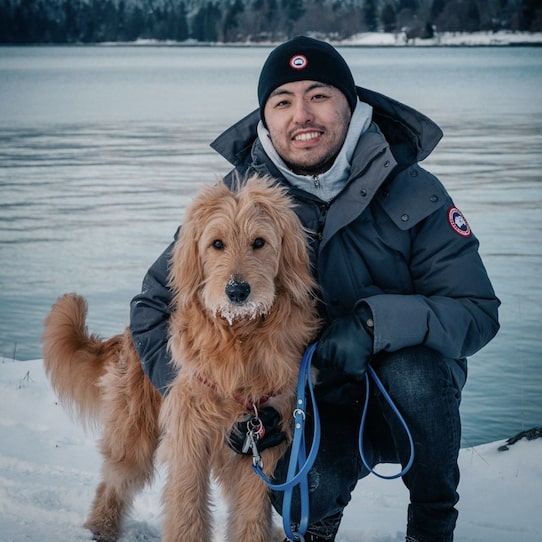 Tom Wang makes good money selling products on Amazon FBA and great money selling a course that teaches Amazon FBA. He bought a new crib, his dream car, some investment properties, and he travels whenever he feels like it. But let’s go back a bit, and see how he got here. Tom Wang was born in Harbin, China in 1991. His family immigrated to Vancouver a few years later because it was easier to get a green card in Canada.

Those were tough times. Their family was crammed in a one bedroom apartment. Tom’s parents struggled to find good jobs. His dad ended up working as an office clerk for fifteen bucks an hour, while his mom, who didn’t speak a lick of English, had to tutor, clean homes, wash dishes at a Chinese restaurant, or anything else she could find. It took an emotional toll on Tom, watching them sacrifice and stress, all just to barely make ends meet. And it wasn’t much fun being the poor kid at school.

Tom vividly remembers what it was like to sit at the back of the cafeteria, watching his friends buy school lunch, while he had to get by on homemade sandwiches because he didn’t have the five bucks or whatever it cost. There were a lot of little instances like that that made Tom promise himself, at an early age, that he was never gonna be broke. Throughout high school, he always had random side hustles. Delivering papers, selling snowboarding gear, flipping watches, all sorts of stuff.

He ends up going to college, only to party too much, skip all of his classes, and get kicked out. Imagine telling that to your very pro-education parents who believe the only way to make it in life is to get a fancy degree. Finally Tom gets a job working at Yellow Pages for twenty-two grand a year, base, plus commissions. It was basically telemarketing. You’re in a cubicle, you have your phone, and you just dial for dollars all day. It sucked, but Tom was determined to make a hundred grand his first year to prove he was worthy after all.

He meets his new sales manager, Pavan, who claims he made a quarter million last year. Tom’s ears pricked up. All he had to do was do half as good as Pavan, and he’d reach his goal. So he asked Pavan to mentor him, got access to all his calls, studied them, took notes. Tom was obsessed. “I’m not a loser!” His parents and friends were about to see, you just wait. Tom went so far as to start dressing like Pavan. In hindsight, that was a little weird, but hey, whatever it takes, right? Fast forward a year: Tom smashes his goal.

He was third, in commissions earned for YP, in all of Canada. Pavan was second. Hard work pays off, go figure. Tom ends up making a hundred and fifty K that year. “That gave me a lot of confidence,” Tom says. “It was like a renewed sense of hope. ‘I can achieve anything I want as long as I put my mind to it.’” This was about the same time Tom discovered Amazon FBA. Hoverboards, believe it or not, was the first product he tried to sell. After the first few units moved, he knew he was on to something.

“Hold up, like what the hell is going on?” Tom remembers thinking. “Like, what is Amazon? Let me look into this. And that’s how I discovered Amazon. But of course Amazon wasn’t a straightforward path. That’s another story for another day. Point is, before Yellow Pages, I was very lost. No sense of direction. I wasn’t born here. Daddy didn’t give me a million dollars to start a business. A lot of people see successful people at the top, but they don’t know what they went through. I want you to say, ‘Hey, if Tom can do it, maybe I can too.’”