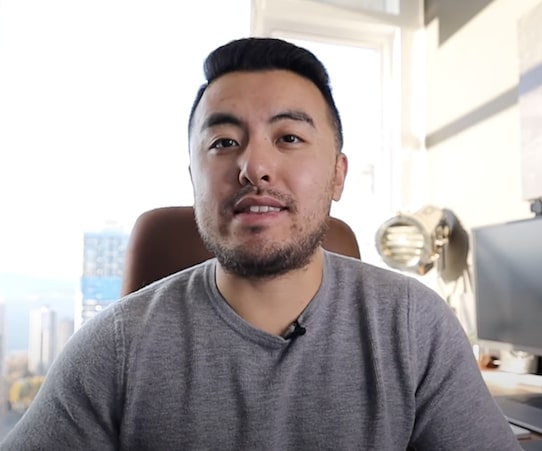 Tom Wang says there are six mistakes beginners make again and again when starting their Amazon FBA business. If you can avoid these things, your odds of becoming a successful Amazon seller go up significantly. Mistake one is that you’re simply not ready to launch, not ready to go full throttle. Imagine if an airplane did this. It wouldn’t get off the ground. Your FBA business is no different. If you haven’t completely optimized your photos, your keywords, copywriting, pricing, etc., how can you expect to get any lift?

The second mistake new FBA sellers make is they pick the wrong keywords to show up on page one for. Maybe they optimize for “face serum” instead of “vitamin C serum.” You have to understand what actual buyers are typing in. A good way to double check you’re on the right track, Wang says, is to type the phrase into Amazon and see if any of your direct competitors come up. If not, you’re missing the mark. Model success. What are they ranking for?

Number three is you have a terrible listing. Either because you were unprepared or hired the wrong photographer or the wrong copywriter or you went on Fiverr and tried to get everything done for cheap. Remember, you always get what you pay for. Mistake four is pricing your product way too high. In the early stages, you will have less reviews than your competitors. Why would people pay more for something that’s not as proven? They wouldn’t. So sell for less in the beginning.

Mistake number five is not reordering quickly enough. At least this one’s a good problem to have. The demand is there, the sales are coming in, and you’re running out of inventory. Tom suggests carefully tracking your organic sales. How many units are you moving each day without paying for traffic or doing giveaways? Let this number guide you. If you see it increasing very quickly, call your supplier right away and get another order put in.

It’s easy to get caught up in the excitement of making your first few sales and forget to stay ahead of this. But Amazon hates it when people try to buy and there’s no inventory. “If you’re part of my FBA Masterclass, you will have a spreadsheet that’s built out for you where you can actually track your sessions and conversions, your organic traffic, your organic sales, your paid sales, every single day. So make sure you use that spreadsheet,” Tom says.

Last but not least, mistake number six is that you’re not understanding the two most important metrics on Amazon. Which is sessions (how many people per day are visiting your page) and conversions (of those, how many actually buy). Tom says those two metrics are everything when it comes to Amazon FBA. You want your sessions to be as high as possible, and you want your conversions to be as high as possible. Watch both numbers closely, adjust if they get too low.

You can’t just throw money at the problem and expect it to go away, either. Say your conversions are low. Bumping your PPC budget won’t solve anything. The real culprit is probably a poor listing. Until you make it more enticing, the number of buyers per one hundred visitors is unlikely to change. Tom Wang’s Master FBA course costs just under ten grand. He is a serial entrepreneur, influencer and investor based out of Vancouver, Canada.