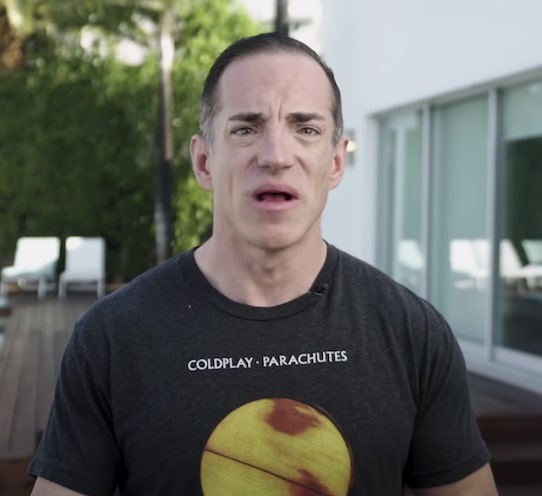 Jeff Lerner has a new YouTube ad he’s running. His hair is slicked back, he’s rocking a Coldplay T-shirt, standing in front of a cool looking crib. “A house or a laptop?” he asks, holding up a space gray MacBook Pro momentarily. “Which one do you think is worth more? Well, definitely not the house. Because it not only costs millions to buy, but you also have to pay thousands to maintain it every month.” Where’s he going with this? Scroll down for my Training With Jeff review.

The laptop is worth exponentially more than the house, Jeff says. In fact, he’s made north of eighty million dollars with his MacBook. I’m guessing he had to upgrade it a few times throughout the years, but still. Point taken. The way he’s done it is through something called digital real estate. “And digital real estate costs nearly nothing to start,” he explains, “and it creates real online assets that have the potential to generate income.”

Then he says that he’s surprised, frankly, that nobody else is talking about it. Hmm. We’ve been talking about it for six years, but okay. Maybe he’s never seen our stuff. Even though we do have a pretty negative review of his “book,” The Millionaire Shortcut. It ranks on the first page of Google, so you would think maybe he’s read it. Either way, if he did borrow the concept, doesn’t matter. He wouldn’t be the first to do so and won’t be the last.

Jeff Lerner is the CEO of the Entre Institute. He took a nontraditional path to becoming a multimillionaire. He didn’t win the Mega Millions lottery or inherit a successful family business or live frugally, invest every dime he made, and wait patiently for about forty years for compound interest to do its thing. Nope. He took advantage of digital real estate. And now, for the first time ever, he’s going to be sharing his secrets with you.

Unfortunately, it’s all just a new hook for the same “book.” The Millionaire Shortcut. Which means, when he says he’s revealing his secrets “for the first time ever,” he’s fibbing. And then when he goes on to say how he’s “not going to do this forever, but for right now, The Millionaire Shortcut is one hundred percent free,” he’s also fibbing. Trying to build urgency so you’ll take action. Truth is, this “book” is just a PDF document that always has been and always will be free.

No way you could charge for it. All it says inside the “book” is that the fastest way to become a millionaire is to find someone who’s already done it and pay them to teach you what they know. And then he conveniently links you to his thirty-nine dollar Entre Blueprint course. Which is probably the first domino in a row of increasingly expensive upsells. It’s frustrating, I really have no issue with Jeff Lerner. I actually think he’s a good guy, if you listen to his podcast.

I just don’t see why he feels the need to get all sneaky the minute he starts marketing. I’m not ragging on what he sells or his qualifications. Just the way he goes about it. I think he could be every bit as successful (and much more ethical) if he just told it like it is: “Hey, I put together a quick little PDF report, nothing fancy. It’ll take ya ten minutes to read, tops. Nothing earth shattering in it. But I will explain how important it is to find a mentor in business. Check it out. It’s free. My hope is you’ll wanna buy my course after you go through it. But you don’t have to.”