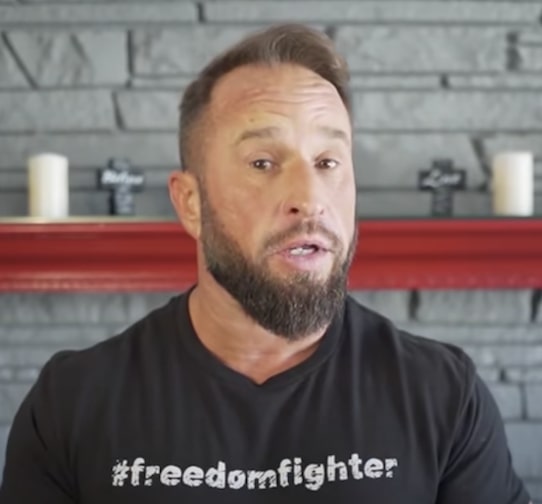 DC Fawcett says most millionaires are made in down markets, which is where we’re headed right now. If you’d like to capitalize on this new, post-pandemic economy, he’d like to teach you his virtual real estate investing strategies. No need to leave the crib or meet anyone in person. You don’t need any capital. And there are lots of deals available because the big “bully buyers” (Zillow, Redfin, Opendoor) are forced to play it safe during these uncertain times.

DC Fawcett has been selling “make money in real estate” programs for 12+ years online. His websites look like they haven’t been updated the entire time. If not for his latest YouTube ad, I would swear he had retired. Apparently not. He was pitching a program called the VREIC Freedom System.

VREIC, of course, stands for Virtual Real Estate Investing Club. The digital version costs $297 or four monthly installments of $99. The physical version costs $3,997. There are no pay plans available for that one. You’ll learn how to invest in real estate remotely, using your laptop and phone; how to get leads using social media; how to get referrals; how to automate and outsource each step; how to fund deals; and more.

Unfortunately, DC’s reputation has taken a beating over the years. His company, Virtual Real Estate Investing Club LLC, based out of Tampa, Florida, has an F rating with the Better Business Bureau. On Trustpilot, one reviewer called him a “total scam.” They said after they bought his course, DC tried to upsell them a much more expensive coaching program. “Oldest trick in the book,” they wrote.

“Stay away from DC,” warned another person on a Bigger Pockets forum. “I signed up and immediately sent in a question about getting a deal done that had a foreclosure sale date looming. They never responded to the question but said I had to wait for a monthly conference call to get the answer. The ‘coaches’ he had answering the questions are lame and give half-assed answers (by design, I think, so you’ll sign up for the $5,000 level coaching).”

“They never really answered my question at all despite me telling them about the urgency,” they continued. “My seller got frustrated and got tired of waiting for me, gave up and eventually lost their house at the foreclosure sale. Later, one of DC’s virtual assistants informed me that in order to get real responses to questions from the company, I had to pay another $5,000.”

“I asked for my money back right away. That was three months ago. I cannot get anyone to return my calls or emails now, despite several emails and phone calls and messages left for them to refund my money. Also, he takes 50% of your deals just to have someone negotiate it for you. Ridiculous,” they concluded.

In an attempt to hide such complaints, DC optimized his own videos for search terms such as “DC Fawcett reviews,” “VREIC scam,” “freedom fighters virtual real estate” and so on. Hmm. I don’t know how I feel about this. Like, why not just make your programs better? And let the positive reviews drown out the negative ones? Wouldn’t that be the more ethical thing to do? I don’t know. Overall, VREIC just gives off a bad vibe.