Was Ravi Abuvala Ever In Forbes Magazine? 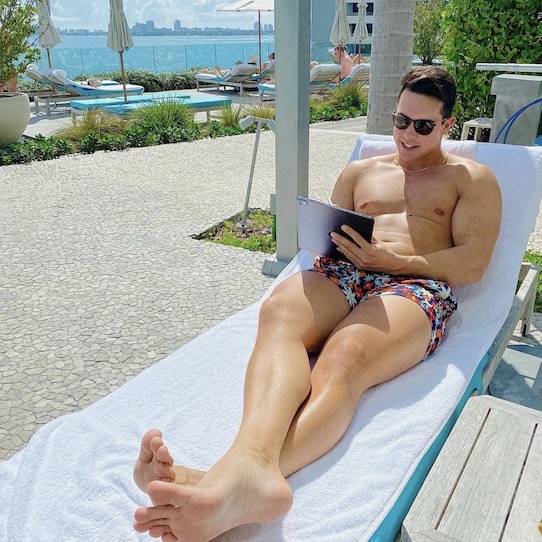 Scaling With Systems founder Ravi Abuvala claims he’s been featured on Fox News, Entrepreneur, Forbes, and more. But I can’t find him on any of the above. Only Disrupt Magazine and Thrive Global, two pay-to-play websites that are notoriously used by gurus looking to plant positive press. If Ravi was ever mentioned on the Forbes website, chances are it was paid for. So which is it: Is he lying about the Forbes mention entirely or conveniently not mentioning he actually bought his way on there?

The more I review Ravi, the more exaggerations and omissions I find. For example, his biggest testimonial for Scaling With Systems is from Jeff Sekinger. He’s the CEO of 0 Percent, a company that offers bespoke zero percent financing, credit repair, and credit mentoring. The story goes, Jeff hired Scaling With Systems in 2019, and they took him from zero to five million in twelve months. Come to find out, Jeff was Ravi’s roommate and best buddy. Let me guess: Ravi has an amazing testimony for Jeff, too?

Another thing I find comical is Ravi loves to use the headline “Law School Drop-Out Turned Internet Multi-Millionaire,” right? But when I was listening to his podcast, it sounded like he was hoping to get into law school, just starting to study for the LSAT, when his dad got sick with cancer and he sorta put that on the back burner to help care for him. I mean, again, which is it: You were in law school and quit or you dreamed of one day getting accepted? ‘Cause there’s a difference.

It’s like, yeah, when I was a little girl, I wanted to be the first female president, but I don’t go around saying “Former President Turned Blogger,” do I? Seems like, somewhere along the line, Ravi made a conscious decision to sell out. Whatever it takes for him to make more money, right? If that means leaving out a key fact or changing his backstory to make it more marketable or creating a YouTube ad for Remote Integrator that says you’re gonna make twenty-two Gs a day hardly working at all? So be it. Ravi gon’ Ravi.

Another time, Ravi was beating his chest on Instagram about how he helped Charmaine, who coaches people with type 2 diabetes, close her first six thousand dollar sale. How’d he do it? By giving her funnel a little makeover. Here’s the hook he came up with: “How To Reverse Type 2 Diabetes And Get Off Diabetic Medications For The Rest Of Your Life… While Eating As Much Carbs As You Want!” Now I’m no doctor Ravi, but I’m pretty sure if you eat donuts all day, you’ll end up getting your foot amputated, no?

Then he says, in the caption, “Now she’s gonna start running paid traffic to a funnel that actually works, and she’ll hit her first $100k month in the next ninety days.” Ravi, buddy, how do you know that? You don’t. And I’d bet both my feet Charmaine never had a hundred K month. And even if she did, I gotta think some refunds and chargebacks are headed her way once poor Gladys realizes she can’t consume two liters of Mountain Dew and a large stuffed crust pepperoni pizza and still defeat diabetes like she was promised.

He ends by saying, “See, you don’t have to sell ‘make money’ to ‘make money.’” Right, you just have to lie. And get your friends to vouch for ya. And pay a couple grand to get mentioned on a hidden Forbes page. And then maybe tweak your come up story so you sound like a bigger deal than you really are. And voila, you’re on your way to seven figures. Am I being too cynical or is that essentially the Scaling With Systems formula? Would you feel comfortable doing these types of things in your marketing? Yeah, me neither.