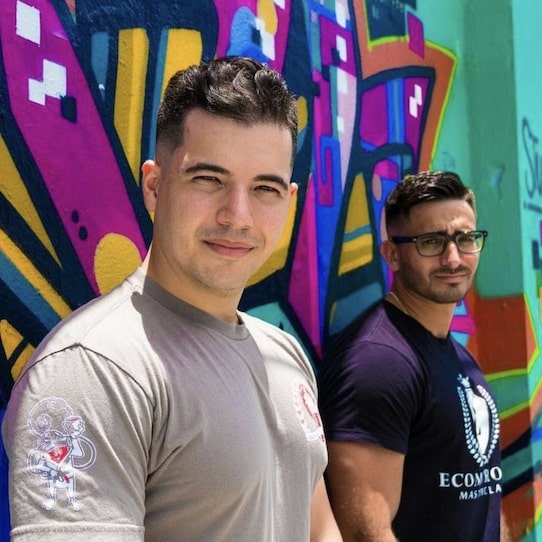 Laz Chavez and Richard Telfeja are the guys behind Wealthy Leads. They sell a number of different courses and biz opps. Their latest revolves around crypto: how to generate huge passive income investing in cryptocurrencies. You’ll learn their tried and true methods that yield anywhere from thirty to a hundred percent returns each and every month. And no, you don’t need any prior experience for this to work. Skeptical? Me too, but let’s hear ’em out, shall we?

Laz shows how he opened his Coinbase trading account with almost nothing in it. Literally like twenty-three bucks. And yet, he managed to build it up to a peak of about seventy-five grand. “Now the cool thing is that I basically did almost nothing, absolutely nothing, to get this money,” he says. “I literally just got money [meaning, made the initial investment], parked it somewhere, and it just made me more money. Okay? I like to call this passive income with cryptocurrencies.”

“And it’s actually the best way to make money with crypto right now,” he continues. “I spent about two to three months just researching this because I saw so many people making money in crypto and I just didn’t get it. I was buying bitcoin, I was buying ethereum, but nothing was really panning out. I mean I was making a little bit of money but I saw people posting results of like a hundred percent [return] in a single month. Some even posting three hundred percent, or a thousand percent for the year.”

The heck were those people doing, he wondered. Well, it took a while, but he finally figured it out. It’s actually really simple, just three easy steps anyone can do. First, buy crypto. Richard recommends what they use, Coinbase, which is free, user-friendly, and has all the major cryptos you’d wanna buy. Yep, even doge and shiba. Step two is to convert your crypto. Go to a site like Trader Joe or PancakeSwap and trade your bitcoin or whatever for some lesser-known coin that’ll pay you a higher yield to “stake” [aka store] it.

It sounds a little scary, but it takes like three minutes and those sites will walk you through it, click by click. The third and final step, then, is to actually stake your crypto. You go to yet another website, also called a protocol, and see what they’ll pay for you to stake that particular coin you just converted to. The APY will vary depending on the current price of the coin you now hold. But pull out a calculator and start crunching the numbers. You’ll see that significant passive income with crypto is entirely possible.

And it’s really a way to double dip because not only are you making hands-free interest from staking, but if the original coin you bought goes up in value during that time as well? Well, you eventually get to realize that gain too. “So here’s the deal, guys,” Laz says, “if you want to invest with us, if you want to join the Discord group, if you want to really really know how to do this, then schedule a call with me and my team. Whenever we find a winning project, we post it in our Discord group, and literally everyone in there is just making money.”

Hmm, it’s an interesting play and, in a perfect market, I can see how well this would work. But, and please, correct me if I’m wrong here, but aren’t they conveniently leaving out the biggest risk of all? That being, okay, cool, maybe you found a way to get thirteen percent interest on your staked token. Great. But what happens when said token plummets forty-five percent in the next bear market? Aren’t you still down, what, thirty-two percent on that investment overall? Just saying, I don’t hate the idea, but I also don’t think it’s as surefire as they say.