What Does Ian Stanley Mean By Almost Passive Income? 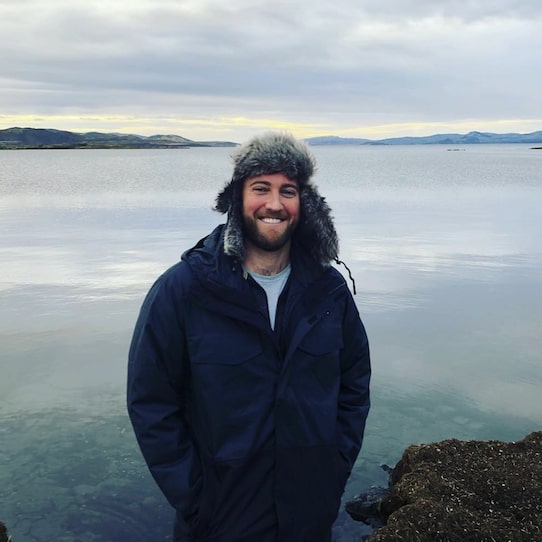 Persuasion Hitman Ian Stanley explained himself at his recent Almost Passive Income (API) Live event. “The idea is that truly passive income,” he said, while standing on stage, looking out at all his disciples, “is more or less a myth. Right, truly passive income exists when you are rich enough that people essentially pay you to be rich. For everybody else, until you get to that point of net worth, I focus on almost passive income.”

“So I’m gonna go through the three phases of that,” Ian continues, “and the different definitions of the types of almost passive income, because it sort of sets the tone for everything that we’re gonna be going through here at API Live. I don’t have an easel, for those of you that have seen me speak before. [In the past, Ian’s drawn business diagrams that, once he makes the final line or whatever, end up looking like a certain male body part, which always gets a good chuckle from those in attendance.]”

“The three phases of almost passive income. Phase one? Is your mindset. All right, the reality is, no matter what I teach you, if your mindset is wrong, you’re always going to struggle on some level with money. Everybody has blocks that come up at different levels. Obviously, we’ll talk more about that through the day. But essentially, when it comes to mindset, a big part of this is actually your mind. This is something that really nobody talks about, is, your brain. The capacity of your brain.”

“So phase two is gonna be skill. What we call an exponential income skill. So, most skills, even people that start to get paid well, they have what we call a high income skill. They may make $100, $200, $300, $400, maybe even $1,000 an hour. But they have to be trading their time for money. And that was always the thing that bothered me from, essentially, childhood, was having to be present to do stuff. I always liked money that wasn’t dependent upon a certain amount of time invested.”

Matter fact, as a youngster, Ian used to have a tennis racket hustle. He’d basically get paid to put new strings into someone’s old racket (or something like that). While his “competitors” would take 20–30 minutes to string a racket, Ian got to the point where he could string one in about 15 minutes flat. The punchline to that story? Is that your laziness can actually be a huge gift as long as you use it to become better at things that other people value, right? So what are some quote-unquote exponential income skills?

It’s things like email copywriting, normal copywriting, media buying, Ian points out. Anything to where you can put in a small, fixed amount of work, and create a disproportionate outcome in terms of what you actually earn. “Anyways, phase three,” Ian says, “is assets. And this is almost passive income assets, is what we call these. So, this is where you essentially own things that make you money. Right? This is where you start to own your own email list, your own properties, owning crypto, NFTs, and so on.”

“Basically, it’s just the switch from getting paid to do things to getting paid to own things. So these are the three phases of almost passive income. Now some people are at phase one, others are at phase two in this room. There’s no reason to try to move through them quickly. But eventually the goal is to use phase two to fund phase three. Okay? Is that clear to everybody? Great, I’ll talk more about that tomorrow.” Pretty good stuff, Ian, I guess we’ll look forward to that follow-up video once you release it.