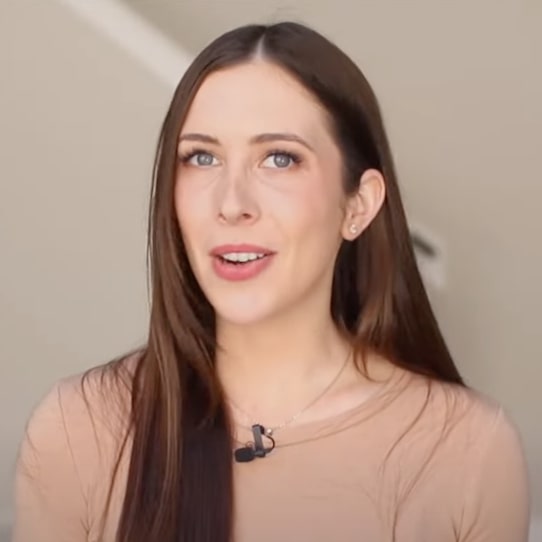 This good-looking girl just interrupted the Graham Stephan responding to Dave Ramsey’s response to his Confronting Dave Ramsey video I was about to watch. So her ad better be good, right? She starts yapping about being your own boss, working from anywhere, taking back control of your life, and making as much money as you’d like. Yadda yadda yadda. Her name’s Courtney, apparently, and she wants to introduce me to “some leaders” who can make my dreams come true.

Okay, I’ll bite. After opting in, some other dude takes over. I hit play on the video and notice fake books on the bookshelf behind him. That, or it’s a green screen. Anyways, he says his name is Tim, but the way he said it wasn’t very convincing. Like his voice got all high. Weird. Now I’m wondering if the chick from the YouTube ad and Tim, here, are just low-level actors reading from a script. “Tim” was in the Marine Corps (how perfect) but wanted more freedom and family time.

He began looking for side hustles, internet businesses—anything that could replace his active duty pay. But he hit one roadblock after the next. It was too hard, required too much money, took too long to get off the ground. Or he needed skills and experience he simply didn’t have. He felt like he was alone on an island with no one to guide him. Wouldn’t you know, though, at the end of his rope, Tim stumbles across the very opportunity he’s telling the world about right now.

He was blown away by what he saw. A true eureka moment. He knew this was something special. So he got in, got busy, and profited $400 in his first month. Within nine months he was making enough to do it full-time. Nooice. “And this can happen for you,” Tim says, “if you’re willing to do the work, be teachable, and follow a step-by-step system. I was extremely coachable because I had such a burning desire for change in my life. By the end of my third year I was at $10,000 every single month.”

I’ve yet to hear any specifics about the business model. Just that it screens out the wrong types of people so you can spend your time talking to the right types. So it’s basically a remote sales gig? Tim adds that these people are coming to them for one of two reasons. Either they want life-changing health and wellness products, or they wanna start their own business. Got it. So it’s an MLM. No wonder Tim’s tiptoeing around the particulars. I wouldn’t wanna come right out and admit that either. Gross.

Finally Tim surrenders. It’s a pitch for Herbalife. I thought they got shut down, but clearly not. “It’s the number one company in the world in the health and wellness industry,” Tim claims. “But it’s also one of the top three players in the network marketing industry as well. And network marketing produces more millionaires every year than any other industry. Now because of this amazing fusion of industries, we’re able to build teams of great people to take these products and this business opportunity to the global world.”

All you gotta do is pay them to enroll, order products you probably won’t use, recruit others to do the same, and commissions, bonuses, and paid vacations are within reach. Book a call at Your Turn Key System dot com if joining saturated multilevel marketing schemes is your cup of tea. Personally? I’d probably rather have cocktails with Bill Cosby, but hey, that’s just me. The other alternative is to tap the link below and learn more about what we do.