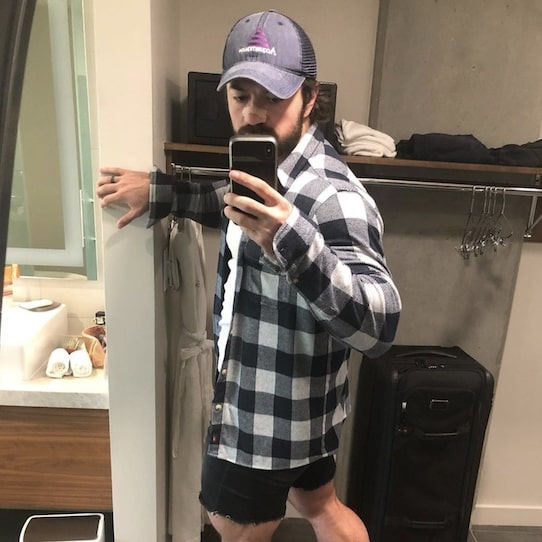 Anyone else sick of Alex Hormozi being so good at everything? Business, social media, acquisitions, sales, scaling, being hairy, wearing wife beaters and flannels and cutoff jean shorts and nose strips in public and yet can’t nobody tell him nothin’. And now add writing #1 bestselling books to the list. ‘Cause that’s exactly what that purple-covered business bible, $100M Offers, turned out to be, didn’t it? And so, here’s Alex on how he pulled that off.

It’s been a year since Alex wrote $100 Million Dollar Offers. In that time, it’s sold over 200,000 copies—with no publisher and zero advertising. And back when he launched it, he really didn’t have much of a following at that point. So the bulk of those sales truly came from word of mouth. People bought it, read it, liked it, shared it. Alex wouldn’t have had it any other way. If nobody’s sharing it, it’s not good enough to promote in the first place, right? This is a code he lives by.

And for Alex, these aren’t just books, this is his legacy. “I think that when I die,” he says, “the thing that I’ll be most proud of is not the businesses that I’ve built, but the books that I’ve written. I think the books will outlive anything else, and I think that they will help more people. That’s why I spend, right now, about 20 to 25 hours a week, every week, on my book. Most authors pretty much only do that; they write for 4 or 5 hours a day and then they end their day. For me, I write for 4 or 5 hours and then I start my day.”

What else can Alex tell us about his approach to writing? For starters, he says the most powerful ability in the world, when it comes to influencing others, is storytelling. That’s because you can both educate and entertain with stories. Like people’s brainwaves literally change, and they become more suggestible when listening to a good story. So that’s huge for him. The other thing is just making sure he’s writing a book that people actually want. Not just so he can make money or add it to his list of accolades, but to solve a real problem.

“So I have to answer the question, very truthfully, What do I want someone to get from this book?” Alex explains. “And for $100M Offers, it’s like, people don’t know what to sell. That is the first problem somebody has before they can make money. They have to know what they’re actually gonna sell someone, which is the offer. And so I started my book series there. The next problem is they don’t have anyone to sell it to. They need leads. [Hence the title of his second book, which he’s writing now, $100M Leads.]”

“The problem with most books,” Alex rants, “is that they don’t actually solve anyone’s problem. Because they basically name hundreds of problems and don’t completely solve any of them. So I would rather very narrowly define the problem and then solve it completely. A good book is a complete solution to a narrowly defined problem. So what’s the problem and what are the ways to solve it? Usually it’s gonna be 3 to 6 big buckets that are gonna fit for solving this specific problem.”

From there, Alex asks what experiences he’s had that have shaped his beliefs about those “buckets.” Those experiences become the basis for his stories. Make sense? Seeing how all this fits together to form the foundation of a bestselling book? Yeah, me too. And it’s no wonder this guy does everything at such a high level. There’s no shortcuts with him. Meanwhile, I’m over here in a ratty t-shirt and my give-up pants, sucking the Pop-Tart outta my molars, about to go watch Love Is Blind: After the Altar on Netflix. *Shrug emoji*