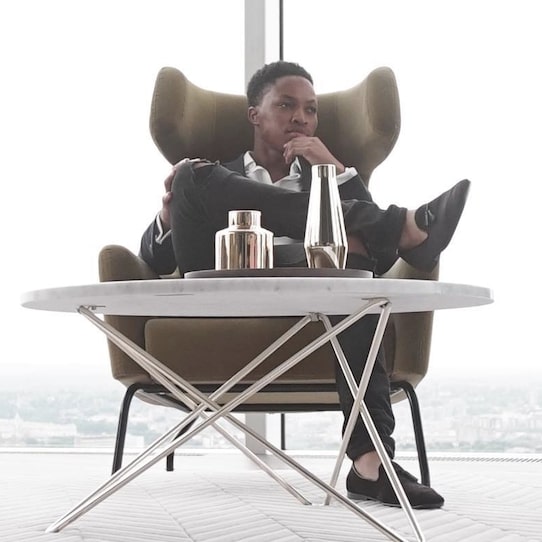 Mr. Opulent, as he calls himself, is a digital marketer, serial entrepreneur, and investor. Together with his business partner, Tobias, he created A1 Revenue, where super affiliates are born. They’re currently running an ad to promote their Accelerator program. But before you apply, they take you to a case study that tells how they made nearly nine hundred grand in four months by running traffic to high ticket affiliate offers. Read on for my review.

Mr. Opulent and Tobias did this while getting a six to ten X return on the money they spent running ads. They claim anyone can get these types of results, even you. Even if you’re not techie, have no product or service of your own, no website, no experience, nothing. Is this real? Tobias logs in to his affiliate account and shows proof. Sure enough, $859,150 in a hundred and twenty days. And they’ve been averaging about two hundred grand, in commissions, per month. Impressive.

Why would they be sharing this with you though? Well, Tobias says he dropped out of university, tried making money online, struggled, finally cracked the code, ended up making a million bucks (as an affiliate) in a relatively short time. Then he teamed up with Mr. Opulent, created synergy, made even more moolah, and now they have one common goal: to recruit and train other high level affiliates who can run and scale the same type of offer.

“Since we have our own private affiliate network, we can make money when you make money as an affiliate,” Tobias says. “So if we help you make seven figures, we might make about six figures. So we’re incentivized to push you all the way to success. We know that educated affiliates make a lot of money and scale faster than uneducated affiliates. Which is why we wanna give you valuable education on a consistent basis.”

Digging into the numbers a little deeper, Tobias explains how, last month, they spent about seventeen grand running traffic. That got ’em two hundred and ninety conversions, for an average of about sixty bucks per conversion. Average payout per conversion? A little over seven hundred bucks. So that’s, what, two hundred grand in earnings? In just thirty days? And a ridiculous ROI of like twelve hundred percent? Not bad, boys, not bad at all.

What niche was it? Forex. So you’re basically sending people to sign up for these forex trading platforms, and all they have to do is deposit a hundred bucks into their new trading account, and you can make up to eight hundred bucks in commission. Pretty cool, huh? “This is one of the biggest perks of being a forex affiliate,” Mr. Opulent says. “You’re getting paid on leverage. Whereas, with most affiliate offers, you’re only getting a small percentage of each sale. Maybe ten to twenty percent.”

So step one is to find the perfect high-paying forex affiliate offer. Step two is to acquire traffic with folks who’re looking to trade. Step three is to use A1 Revenue’s proven marketing funnels to convert that traffic into deposits. Step four is to enjoy massive commission checks. And step five is to scale up from there. Mr. Opulent and Tobias warn that you’ll need at least five K before applying to work with them. My only objection? I couldn’t do this, ethically, because I don’t believe in the product. Forex? Ew.