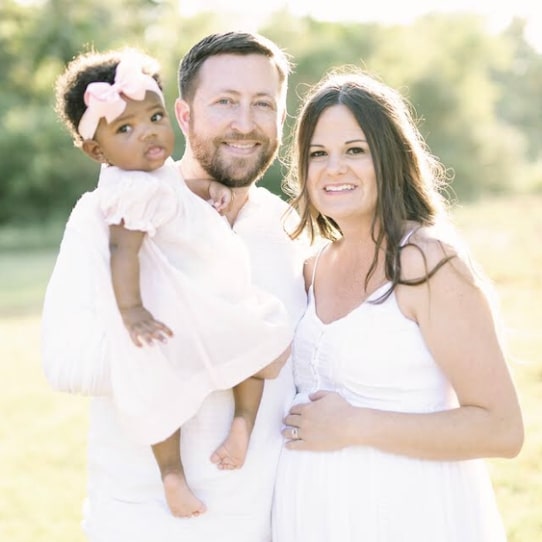 Adam Cherrington has an amazing life. He’s married, two kids now, a miniature weenie dog named Honey B. Even a church he adores down in Dallas, Texas. Adam ran an online ad agency where he employed several close friends. Today he’s a multimillionaire super affiliate. This is his unlikely success story. Back in 2005, Adam was living with his father in San Antonio, helping him run his pest control business. He was also taking classes at a community college. Kind of going through the motions.

If anything, Adam was hoping to break into the music industry at some point. He had been playing the electric guitar for several years. Maybe he would start a band or become a DJ. That dream evaporated after week one of his coding class. He was learning HTML and CSS. Nerdy stuff, but Adam was fascinated. To think someone could take the vision in their head and turn that into a website for the whole world to see? Uh, yes please.

Captivated by the possibilities, Adam dropped out of community college. He got a second job working at FedEx late nights. He used the money to invest in training materials to acquire web skills. More coding, Photoshop, graphic design, then search engine optimization. After that, any course he could get his hands on. Copywriting, marketing, sales, you name it. He hired coaches and mentors. His first real project was a website called Mad Guitar Licks.

There he uploaded short video guitar lessons. The site climbed to the number one spot in Google for the keywords “guitar licks” and “free guitar lessons.” Adam was getting four hundred people a day to the site. How could he turn those visitors into cash? He began reviewing guitar courses and dropping his affiliate link. It worked. The site made a hundred and twenty-nine thousand dollars in its first year. He duplicated the model with dozens of other websites.

At the peak, he was bringing in about a half million a year in revenue. Good margins too. But then devastation hit. Google did an algorithm update and all of his sites were wiped out overnight. Adam cried. Lots and lots of tears. Back to cereal and ramen. Back to a j-o-b. Luckily, though, it wasn’t just any job. Adam was smart enough to look for something in the digital marketing space. He became a media buyer. Over the next two years, he would master paid traffic.

Then he went back out on his own. Launched his agency. Worked with clients in the mortgage industry and nutraceutical space. Dabbled in affiliate marketing on the side. After two million in total ad spend, he had the confidence and the experience to start dreaming bigger. He was over having employees, needy clients, a big office, all the overhead, and everything else that comes with running an actual company. So he closed that chapter, went back to the drawing board.

Adam started working from home. Just him. All-in on affiliate marketing. Forty million in profitable ad spend later, you could say he’s perfected his method. He can pick and choose his offers, figure out the numbers, and scale quickly when he has a winner. Recently he has been running YouTube ads to promote his affiliate marketing mentoring program. He works with a select few mentees one-on-one, showing them the ropes. You need at least ten racks to apply. There you have it. Thanks for reading this review of Adam Cherrington.