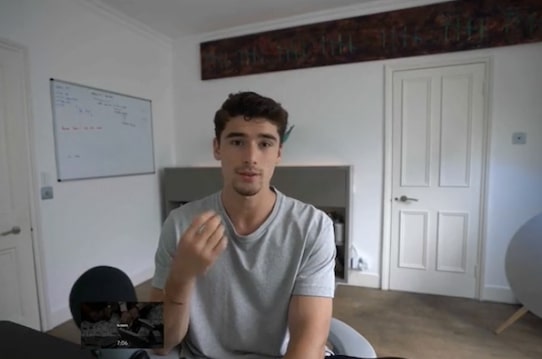 Guru Iman Gadzhi says his Agency Incubator course has the best success stories in the industry. Inside, he shows you how he started and scaled his own online marketing agency to “fiercely profitable levels.” What’s included? How much does it cost? And is it really as good as he claims? Scroll down for my Agency Incubator review.

At the time of writing this, Agency Incubator has close to 2,000 active students; 51 six- and seven-figure earners; and 298 jobs quit. Iman’s mission is to offer an alternative to college that’s more affordable, relevant, and impactful on your income. The sales page, which sits on Grow Your Agency dot com, looks like SpongeBob, a box of pastels, and Montserrat font were blended together and poured onto the page (but in a good way).

There are nine video testimonials speaking positively about the program. “The level of detail that Iman’s going into, and the level of plug-and-play that he’s incorporated into the course is pretty insane to be honest,” said David Gilliam. “And I haven’t seen that in any other course that I’ve done.” David was making five to six K per month, but thought he’d hit six figures in no time.

The foundation of Agency Incubator is 20+ hours of step by step video tutorials designed to be implemented over the course of seven weeks. No stone is left unturned. From signing clients to running Facebook ads, onboarding, invoicing, building out your team, mindset, productivity, visualization, meditation, health tips, and more; you name it, it’s covered in excruciating detail, Iman assures us.

And what would a course be without a private Facebook mastermind group? It’s like having thousands of mentors in your back pocket. “Customers frequently tell us that our mastermind group, alone, is worth over $10,000,” Iman brags. And if that’s not enough to propel you past six figures, perhaps the twice-monthly Q&A calls with him will be. Since Iman charges $2,000 for an hour of his time, and each call usually runs two hours, you’re getting roughly eight grand a month in mentorship right there.

When Iman’s not available, you’ll receive support from two of his proteges who’ve each built their digital marketing agency to more than one hundred K a year in revenue. There’s more. Scripts to close clients over the phone, marketing funnels you can clone, ad templates, spreadsheets, SOPs, and the list goes on.

Agency Incubator has a “total value” of $12,985, but today’s price is only $991. There are no payment plans available. There is a refund policy, but it comes with some fine print. You have to request it within 14 days of joining and have viewed less than 20% of the course. Not watched, but viewed, so be careful. Don’t click around too much unless you plan on staying. If you’re still on the fence, you can book a free discovery call with Christian, an ex-student, and go over any remaining objections you have.

I’ll be honest, Agency Incubator seems like a heck of a program for less than a thousand bucks. It’s thorough, taught by a guy who actually runs a successful agency, and you do have a slight safety net with the two week guarantee. I have nothing bad to say about Iman Gadzhi, this offer, or the way he markets it. But I wouldn’t personally want an agency that lives and dies by Facebook ads. Click below to see why.