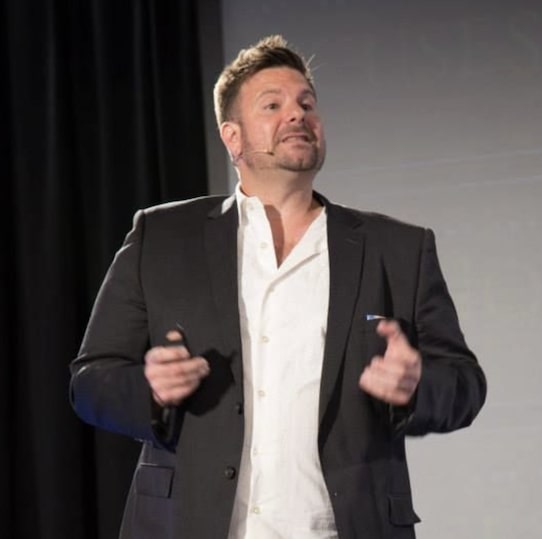 Tyson Zahner is an ex-Amway distributor, top earner, trainer, and coach. His latest YouTube ad asks you to register for a webclass where he’ll reveal how he gets 200+ leads a day with virtually zero tech setup and without spending a fortune on ads. Is he legit? Or just an MLM hype man? What’s he selling? How much does it cost? Let’s find out. Scroll down for my Tyson Zahner review.

In Tyson’s webclass, he walks you through his approach to paid ads. First, he brainstorms targeting ideas. He’ll ask: What gurus or leaders do my prospects follow? What books do they read? Blogs? Magazines? How about events they attend? And so on. He’ll jot down anything that comes to mind. He’ll enter those into Facebook’s ad targeting window and see if any of them are available to target. Also, he’ll click on “Suggestions” and let Facebook come up with some good ideas he might not have thought of himself.

Now for the ad. Tyson picks a platform-appropriate picture to capture attention. (Family pics work well on Facebook.) An offer that makes people take action. “Click and enter your email to attend the free training.” And compelling copy to differentiate, build belief, answer questions, overcome objections, etc. When the ad is complete, he’ll pick one of the targets from earlier and launch it at five dollars a day. He’ll then duplicate the ad multiple times, keeping everything the same but choosing a different target each time.

From here, he’ll kill the losers and scale the winners. Worst case scenario, Tyson spends $5, $10, $25 and gets no results. He’ll have to come up with a new ad concept and possibly some new targets. Best case, though, he identifies a winning ad and audience combination, cranks it up, and multiplies his money. Simple, but effective.

Eventually Tyson makes gets to the catch. He’s got a course he wants to sell you. It’s called Attract 100 Leads In 30 Days. He’s been promoting it for years, but recently remade it to fit today’s digital landscape. As the name suggests, the goal of the course is to teach you how to get no less than 100 leads (and hopefully, some customers) within the first month of joining. This will be powered by Facebook ads, which you’ll learn all about through a series of step by step videos.

How much does Attract 100 Leads In 30 Days cost? It’s a one-time fee of $497 or three monthly payments of $199. When you checkout, you can get a free month of upgraded support (Facebook group, bonus coaching calls, case studies) which rebills at $97 per month if you remain active. If you don’t buy within an hour of the webclass ending, you’ll miss out on a bunch of bonuses; and once 48 hours passes, the price doubles. How guru of you, Tyson.

I don’t care for this guy’s business background (MLM makes me physically ill) or the fake scarcity at the end there, but overall I think Tyson knows his stuff and makes a fair offer here. I think he could improve the course by adding other paid traffic training, such as YouTube ads, which is what brought me into his funnel. But I suppose, for $497, it’s probably worth it just to master Zuck’s platform. Just don’t come crying to me when your ad account gets shut down (because it will if you run ads long enough).