Alex Hormozi Sold Everything (Here’s Why) 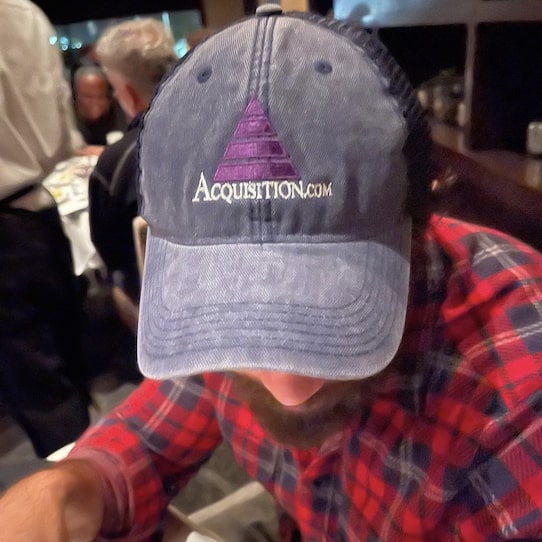 Alex Hormozi recently sold three businesses for about sixty-two million. He also got rid of two exotic cars and sold his four million dollar mansion in Austin, Texas. So, other than that Acquisition.com hat, a few flannels and some Breathe Right strips, Mr. Mozination was left with basically no material possessions. Why’d he do that? What was life like after the fact? What’d he learn? What realizations did he have? And what’s he up to now? Keep reading to find out.

“So why’d I do it?” Alex says. “It felt very heavy. It felt like I had all these material things that were weighing me down and taking my attention. And I’ve always lived my life in seasons. I had a season of college and then working a consulting job. I had a season of running gyms. I had a season of licensing gyms. And the season that we’re in now, which is we just find service-based businesses or e-learning businesses doing one to ten million a year and invest in them, right?”

So Alex and his wife Leila offload everything, travel around, live out of a backpack, and try to decide: Where should we live next? Do we prefer owning a home or renting? What he discovered was, while “leasing the lifestyle” has its advantages, he kinda missed the elements of familiarity that come with having your own home, your own neighbors, building those close relationships with friends you see regularly. Also, you can’t make changes to long-term rentals like you can your own crib. And you don’t all your stuff. Spices, sauces, little things like that.

“I think I overcorrected,” Alex admits. “I went from having too much to all the way where I had nothing. And I think that [the right answer’s] probably more in the middle. I think the ideal setup is having two to three, maybe four primary homes that you actually stock with all your stuff. So you can just basically pick up and leave, and you have the flexibility of moving around but also the familiarity of your things, your connections. Not having a home base? I felt like a nomad, in this free-floating way that I didn’t like.”

Alex’s other realization revolved around hedonic adaptation. Which is basically like, you move to this incredible modern mansion in Park City, Utah, with a view of the mountains, and you’re stoked outta your mind, right? But only for a little bit. Then you get used to it. And then you’re right back to where you started: you’re the same old you. So for Alex, personally, materialism is a net negative. It’s wasteful, he could care less about the status that comes with it, and he now knows the “high” quickly wears off.

But then, having said all that, he and Leila did just go and drop eight figures on a mountaintop mansion. Huh? Why’s he talking outta both sides of his mouth? Well, he’s not, really. He knows in six months the buzz’ll be gone. But he also knows he needs a home base. And he’s re-entering work season: growing Acquisition.com. Might as well have an office, a studio, everything he needs for max efficiency and productivity. Basically, he’s willing to spend money on functionality, not so much on form.

When Alex gets something new, like a new article of clothing, he makes a deal with himself: he’s gotta get rid of something that’s of less utility. This way, his total number of items stays about the same, but the usefulness is always inching up. Seem kinda trivial? “Well, these are the things you think about when you’re trying to optimize different aspects of your life,” Alex explains. “And then you can have more headspace and make better decisions throughout the day, and ultimately make more money.” Amen.