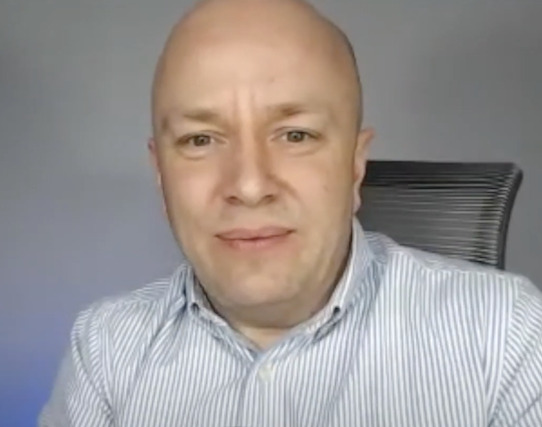 Alex Smale used to be a photographer. Then he started a coaching program to help photographers be more successful. Then the pandemic hit, wiping that business out virtually overnight. Alex threw himself a pity party, but only for about a day. He knew he needed to pivot. The obvious play was to help others start and grow their own coaching program. He put a funnel together, hit go, and got his first high ticket client within the first week. By the end of month one, he had done forty K.

The only problem was, some of those initial clients weren’t the best fit for what he was trying to do. He had spread the ole targeting net a bit too wide. Combine that with a relatively low price point (as far as high ticket goes) and it made sense why he was enrolling the wrong sorts of people. So he dialed it back over the summer months and retuned things. A while later, he relaunched, this time with a tighter process and steeper price.

It worked. The new clients that were joining his Sell What You Know coaching program were pretty much perfect. He scaled up. Soon he was bringing in more than six figures a month. Not bad considering his income had all but fallen to zero when Covid came along. Reflecting on how he overcame that adversity, Alex said: “My answer to problem solving has always been telling myself there’s no such thing as a problem.”

“There’s just challenges you come across that you need to go over, go around, just smash through,” he continued. “There’s always a solution for anything you’re doing. Especially if you’re free to just kind of let go of whatever you had before, and move on to something else.” He went on to share a quote from the movie Fight Club, where Brad Pitt’s character, Tyler Durden, says: “Only when you’ve lost everything are you free to do anything.”

That quote really resonated with him. He’s tried to live by it ever since. “It’s all about not crying over spilled milk,” Alex explained. “I think that’s what holds most people back. They kind of cling on to what they have already. If it’s not working, if it’s dead, if it’s broken because of what’s happening in the world, then just let it go, forget it, don’t worry about it. That ability to just be really cold and move on, immediately, is a big part of it.”

The other thing is just being aware. Asking what people need instead of starting a business based solely on your passion. Just as the pandemic had wiped out his photography coaching biz, Alex realized millions of others were in a similar situation, needing to figure out an alternative way to make money. Why not help them package up their skills and experience and monetize it online?

If you would like to hear more of Alex’s story as well as have him mentor you to come out with your own successful coaching program, you might consider applying to his Sell What You Know experience. Inside, he’ll assist with building your belief that this will, in fact work for you; chunking out your offer; creating it; marketing it; selling it; serving your students; and scaling up. Or, if you’d rather do something more passive, tap or click the link below.