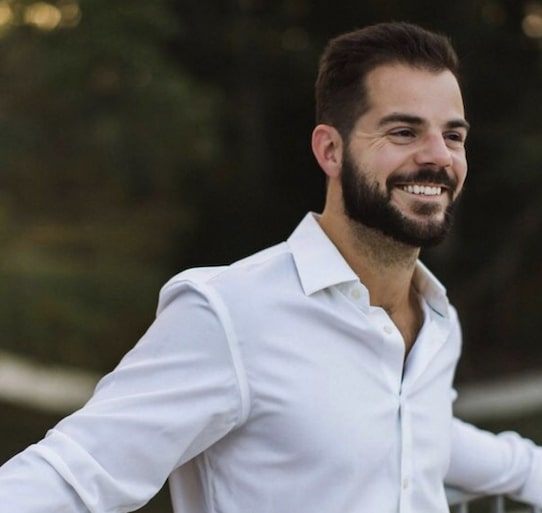 Cole Gordon uses four simple steps to close any high ticket deal. He’s done it thousands of times, generating many many millions in the process. It doesn’t just work for him though. Cole’s sales teams and 7-Figure Selling Academy clients also crush it leveraging these four simple steps. They are battle-tested and can work for you, regardless of your niche. Would you like to know what they are? Scroll down for my Cole Gordon review.

It should go without saying but, if your pitch is awful, these four steps aren’t going to work. Assuming that’s not the case, assuming it’s dialed, here’s how it works. You start the call. Go through your introduction, which is where you’ll build rapport and frame the call. Then you go into information gathering mode. Ask all the relevant questions, collect the data, start to understand if and how you can help the person.

All the while, you’re working to eliminate objections as you build towards the close. Then you go into your transition. A bridge between question-asking and the pitch. It should be done in a very smooth, natural sort of way. Ideally, they’re practically asking you to pitch them at this point. Explain the product or service in the most compelling, easy-to-understand way possible. They should get clarity and certainty.

After that, it’s on to the committing phase. You get them tied down, bought in to the idea that the process (the pitch you just explained to them) is what they need to get the outcome they told you they wanted. Now ask them how they feel about everything you covered so far. You’re looking to see if they’re actually bought in yet. If so, proceed to the next step. If not, if they’re wishy-washy, ask them, on a scale of one to ten, where they’re at belief-wise.

If it’s anything less than an eight, ask them what’s keeping them from being an eight, nine, or a ten. This uncovers their real objection. Yes, you may very well get a money objection later, when you get to price, but you’ll never be able to handle that unless you fix the uncertainty objection in front of you. “Money is very easy to handle if they one hundred percent believe this is what they need to get where they’re trying to go,” Cole explains.

So isolate whatever it is. Overcome it. Check their temperature again. Now they should be bought in. Ask them what questions they have on the process, specifically. When there are no more questions, you ask them where they want to go from here. Regardless of what they say, you always cover onboarding before you drop the price on them. Let them know exactly what will happen once they enroll.

After that, they’re ready for the big reveal: “So the investment is just ten K.” Then you shut up. You’re silent. Let them break the silence. Ask them how they feel. “You good? Excited? Ready to get started on some homework? Cool, what’s your billing address?” Ride that Yes Ladder all the way to credit card details. Run it. Add them to the training and the Facebook group or whatever. Boom, onto the next one. Awesome stuff from sales savant Cole Gordon, who definitely does not skip leg day.