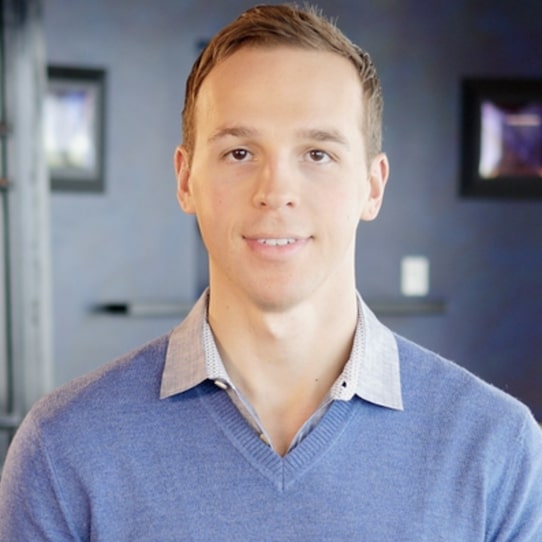 Matt Clark, the face of Amazing.com, used a new business model to build a $2.6 million dollar per month ecom brand. But here’s the kicker: 90% of his sales are coming from Shopify, not Amazon. The game has changed. You can’t sell the same low quality products, using the same keywords, and target the same audience on the same platform (such as Amazon). That’s a good way to end up broke, busted, and disgusted. Read on for Matt’s solution.

“How do I know this?” he says. “Because I nearly invented the Amazon FBA business. Back in 2009, I started building my own ecommerce business on my own website. I hit a couple million dollars a year but noticed Amazon kept kicking my butt in Google rankings. So I figured if you can’t beat ’em, you might as well join ’em. I dove in head first and realized nobody was marketing on Amazon. All I had to do was put a keyword in my product title and sales would literally double.”

“I added bonuses,” Matt continues, “I optimized descriptions and bullet points, I added better images, all the stuff that hundreds of people now teach today. At the time though, nobody was doing any of this and I was one of the first to figure it out and use it to crush it on Amazon. Then in 2012, I partnered up with a friend [Mike McClary] to teach these strategies to the world [via Amazing.com and their flagship course, Amazing Selling Machine or ASM for short]. It went on to help over 35,000 people to use my system to market products on Amazon.”

They’ve taken their top students from muddy waters to marble floors, estimating more than $10 billion in collective sales. Most FBA gurus today learned a lot of what they teach from Matt and Mike. But therein lies the problem. There’s so many Amazon courses with so many students in each of ’em—plus overseas suppliers now selling their products on Amazon—that everyone’s basically just fighting over the scraps. Add three cups of rising ad costs, two teaspoons of review manipulation and a pinch of Amazon won’t let you talk to your own customers, and you’ve got the recipe for failure.

Yet, the world has changed; people are buying more items more often online. So it’s not that there’s not massive opportunity here, it’s just that you might wanna rethink building your ecom empire on Amazon. Matt saw the writing on the wall a couple years ago and began looking elsewhere. Eventually he chats with one of the higher ups at Shopify, hears about how their top stores are doing tens, if not hundreds of millions a year in revenue, and then when he saw how simple these top performers were making it? He was all Pfft, I could do that.

Some of these multi-million dollar stores were using nothing more than one ugly landing page and basic social media accounts to drive swarms of traffic, and that was it. So Matt partnered with another buddy, who had started a healthy coffee company (called Lifeboost Coffee), and went all in helping him scale it up mainly on Shopify. Month one they did $17,000 in sales. Not bad but not great. By the end of that year, they had grown it to $569,000 in monthly revenue. Fast forward a couple of years and today it’s jumped all the way to $2.6 milli a month.

And again, 90% of that’s coming from Shopify, not AMZ. Wanna learn how he picked his product, differentiated it, set up his Shopify sales funnel, then drove millions and millions of visitors and converted a good percentage of ’em into repeat buyers? And then used Amazon, as a side piece, to compliment that process? And then used all of his data and his lead list and his customer list to come off the top rope like “Macho Man” Randy Savage? Then apply for his New Ecommerce System at Amazing.com. Cost is hidden behind a sales call as usual.