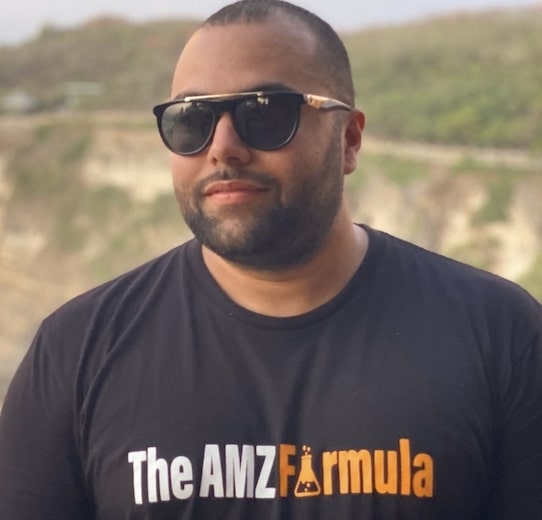 Joshua Crisp reminds us that Amazon is a trillion dollar company. Jeff Bezos if filthy rich. Even after his divorce. And while other retail businesses are closing their doors, Amazon is hiring employees and opening up new warehouses left and right. He has a point. The opportunity with Amazon is big and only going to get bigger. Question is, how do you cash in? You can try to figure it out yourself. Or you can hire The AMZ Formula team to do it with (or for) you.

In his presentation, Josh quotes Warren Buffett: “If you don’t find a way to make money while you sleep, you will work until you die.” You need an asset working for you around the clock. Josh is qualified to build you that asset. He’s not some shifty Amazon FBA guru; he’s an ecom veteran with a proven track record. He says he’s built not one but several multi-million dollar Amazon businesses. He’s also an active investor.

The average small business owner makes ninety thousand a year selling on Amazon. Good thing Josh is no average mentor. He knows what it takes to outperform the status quo. One of his students, Joseph, crossed six figures in less than six months of joining and was able to quit his job. Another guy, Sam, is on pace to do seven figures this year. Paul did forty K in his firth month. He’s now selling seventy-plus units a day.

The number one key to a successful Amazon business is finding the right product. So many people mess this up. Which is why they get little-to-no results. The AMZ Formula will do the research for you and find you a winning product. Something that can make you three to ten thousand dollars per month, profit. They’ll then find you the best supplier. Even do the graphic design, copywriting, and SEO.

What might the numbers look like? A conservative profit margin is twenty-five percent. But you could pocket as much as forty. Worst case, though, they’d need to do about forty grand in monthly sales to ensure you took home ten K. So if they found you a hot product that could be sold for forty bucks a pop (for easy math), they’d have to move a thousand units a month. Or about thirty-three a day.

With the number of shoppers already browsing Amazon day in and day out, it does seem doable. Not typical, which Josh openly admits, but doable. And if you choose to work with AMZ Together, they’ll make it happen. You won’t need much time since they’ll be doing all the heavy lifting. You don’t need experience or tech skills. This is more of an investment than a business opportunity. But the returns are higher than you’d seen with stocks or real estate.

How much does AMZ Formula cost? There are some reviews out there that say Josh has a course for nine hundred and ninety-seven dollars. However, this done with (or for) you service is different. They would not do all this on your behalf for a grand. It has to be much more than that. Also, you may have to split future profits with them. You’ll have to book a call with them to find out. My thing always is, why do they need you? Why not just scale their own stores?