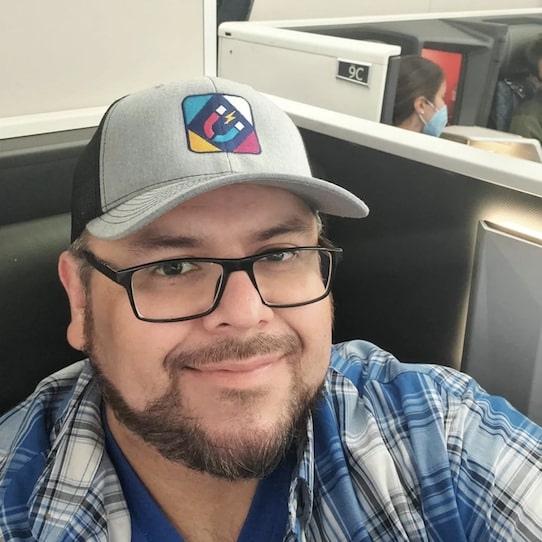 Ferny Ceballos is a husband, father, entrepreneur, and one of the cofounders of AttractionMarketing.com, alongside Matt Crystal and Kate McShea. He believes the network marketing profession needs more people like you and him that’ll take it to a new level of authenticity, fun, and leverage. No more soul-sucking tactics that only burn relationships and get no results. Does that sound like something you’d be interested in? If so, read every word of this review.

“What if I could show you how to enroll 3–7 new customers and team members per week within the next 12 weeks?” Ferny says. “Without prospecting random strangers, without making a list of 100 friends and family, without cold messaging random strangers on social media, without sending spammy scripted messages, without dealing with rejection, without spending endless hours on social media, and without all the rest of the crap your upline is having you do?”

Sounds too good to be true, doesn’t it? But Ferny assures you, it’s not. He and his team over at Attraction Marketing have taught this system to the biggest names in network marketing, helping them become top earners, and doing so completely online. People like Brandy Shaver, who was a burnt out salon owner and MLM failure who wanted to retire her husband from his coal mining job. Within three years, Ferny and company helped her hit her first 7-figure commission year.

So how are they doing it? “The secret to effortless enrollments and exponential growth in network marketing is to attract, not chase prospects,” Ferny explains. “People who already want you have. No convincing, no selling, no pitching strangers. And as an introvert, when I discovered this, it was music to my ears. And look, if you’ve been trying to recruit for a while, it might seem like no one wants what you’re offering. But that just means you’re fishing in the wrong pond.”

“Forget bugging friends and family,” Ferny says, “forget approaching strangers in public, forget prospecting period. I know, it sounds insane. But this includes online prospecting as well. Only when I stopped prospecting did my enrollments and duplication start accelerating. After having done everything painfully wrong for nine months, I met someone who was infamous and even hated for having grown his team from zero to 1,700 people in under 30 days. He seemingly defied the laws of network marketing, right?”

Apparently Ferny got this mystery man to open up his playbook and reveal how he was doing it. Two years later, Ferny had become a top earner himself. Now he’s showing it to others, and it’s working for them too. These same techniques have grown teams of over 10,000, even 15,000+ people. It’s crowned 7- and even 8-figure producers. Truth is, if you know any of the top dogs in network marketing, there’s a good chance they’ve been mentored by the Attraction Marketing squad. Which is why the profession is starting to embrace their unorthodox methods, little by little.

Ferny’s got a digital recruiting video training series you can check out to learn more. It’ll show ya how to attract your perfect prospects and get ’em curious about your business, all while they’re getting to know, like, and trust you. Oh, and don’t worry, yes, this all duplicates and scales and your downline will actually be willing to do it, believe it or not. You can pick up the Attraction Marketing Formula for just $4.97, although there’s probably a bunch of upsells after that. Fair offer, but I’ll never be a fan of multi-level marketing.