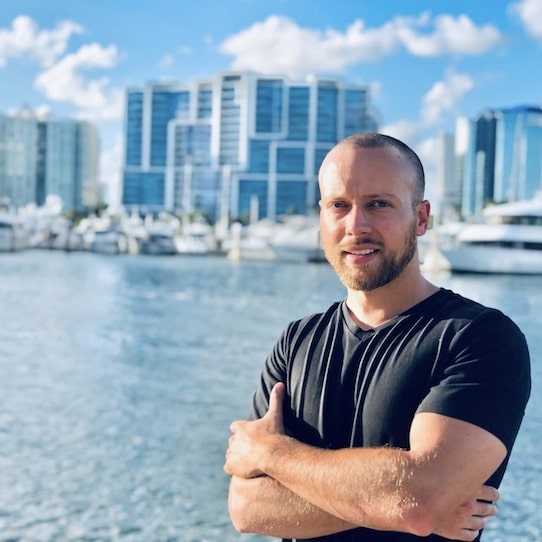 John Whiting was a bit of an outcast as a kid. No one wanted to be around him. He was a mental mess. His parents sent him to psychiatrists, the whole deal. Things got a little better as he got older. He played college golf and even played professionally for a minute. When that came to an end, in 2012, he went all-in on mastering his mind. That led to a successful marketing agency which he sold in 2019. His latest project is called Bulletproof Entrepreneur. Read on for my review.

“Everything in your life is being run by one thing: your mind,” John says. “Your mind dictates the results you get in your business, finances, relationships, family, health, everything. So if you’re not getting the results you want in your life, not having the focus, consistency, confidence, and power that you know that you deserve? And you just can’t seem to shake the fear of failure, self-doubt, and negative thought patterns? What you’re about to learn is gonna completely change the game for you.”

John teaches practical, applicable, philosophy that anyone can use to get out of their own way, quiet down, and even eliminate the negative thoughts, fears, doubts, frustrations, and unleash the most powerful, resilient, consistent, focused, clear-thinking version of yourself. He’s got eight secrets to make your mind bulletproof. Secret one: you’re already a powerhouse. There’s an unstoppable genius inside of you, even if you haven’t discovered it quite yet.

Secret two: your mind is the obstacle. It stores “pictures” of past events, right? And if the event was bad (you got bit by a dog or embarrassed at school or lost a loved one), your mind attaches plenty of negativity to that image. And when you accumulate too many of those negatively charged images, they act as a lens for you looking at the present and contemplating the future. If you’re not careful, that lens becomes so thick, it clouds your judgement more and more. You see everything as doom and gloom.

Secret three: everything is naturally balanced. The truth of anything is a centerpoint of balanced perception that transcends the mind, that transcends the scale of polarity. Other words, stop thinking that hot is hot and cold is cold; they’re the same thing: just subjective ways of talking about temperature. Extrapolate that out. There is good in every bad, there are benefits in every setback. Getting dumped sucks. But did it allow you to reconnect with your friends? Did it motivate you to eat healthy and get back in the gym? You get the idea.

Secret four: anybody can change, and change quickly. Look at all the changes you made as you went from baby to toddler to teenager to adult. With the right framework and full commitment, more change is possible. Secret five: grinding and struggling is not the answer. Sooner or later, you’ll fall off, you’ll get lazy. Now your negativity lens is that much thicker. There’s a better way. Secret six: positivity is a trap. If you force yourself to only see the positive, you’ll know you’re lying to yourself.

Secret seven: the bulletproof way to get results. You see both sides of everything and make a powerful, poised, decision; you’re not so attached to the outcome or afraid it won’t happen. Finally, secret eight: responsibility is power. Blame will only keep you from resolving any issue you’re facing. And there you have it. John’s top eight secrets for being a Bulletproof Entrepreneur. He has a free Facebook group with more trainings and probably some paid programs as well. Awesome stuff.