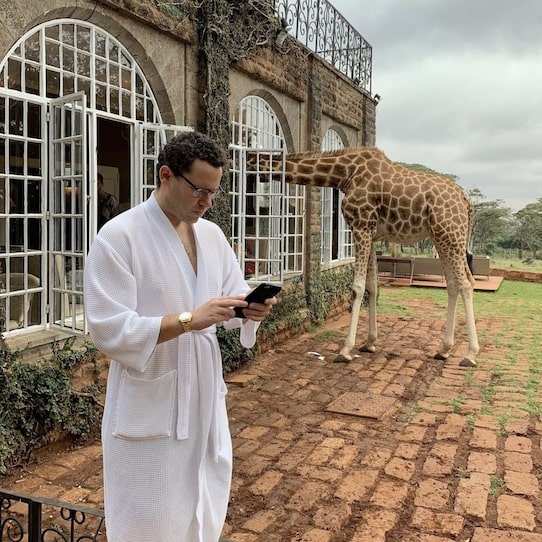 Tim Sykes has decided to give away his first trade next week. “Seriously, I’m gonna send you an email and a text message alert when I enter the trade,” he says, “and another set of alerts when I exit the trade. Both the emails and text alerts will contain a full breakdown of my game plan behind the trade. But before I show you how to receive this next trade, for free, let me tell you a little something that many people don’t know about me.” Scroll down for my full review.

Tim says he’s been using an unfair advantage when it comes to making money in the markets. It’s one of the most important devices that he leverages to maintain his supposed seventy-plus percent winning percentage, all while adding to his more than seven million dollars in penny stock profits. “When a catalyst event is detected, I’m notified,” he explains. “And when everything adds up for me, I make a trade. So, what is a catalyst event? It’s some type of news or event that causes a stock to move.”

“This literally happens several times a day,” he continues, “and it provides traders with opportunities to take advantage of quick surges in a stock’s price. Pretty easy to understand so far, right? Good, it should be. And, rather than me telling you how these catalysts work, let me show you a real-life example of how I use them to make an average of ten percent per trade in under ten minutes.” This, I gotta hear. I’m listening, Tim. Please continue.

He goes on to tell how he bought about seventy-two hundred dollars worth of the penny stock, RNWF, for $0.007 cents a share when news broke they got a new CEO. A few minutes later he sold it for $0.0092 cents a share. A nice little one thousand eight hundred and seventy-two dollar gain (plus twenty-six percent) in about seven minutes. Damn. Compare that to the S&P 500, which, in the entire year of 2020, only grew a little over sixteen percent. Granted, that was one trade versus an entire year of growth with the S&P.

“But the point I’m trying to make is, catalysts are some of the best plays for both beginning and experienced traders alike,” Tim says. “Over the past ten-plus years, I have now taught thousands of my students the strategies and patterns that I personally use, including how to spot and trade these catalyst events. In fact, over twenty of my students have now gone on to become millionaire traders themselves. And catalysts are one of the very first things that I teach them.”

Again, the concept is pretty simple. When some type of breaking news happens on a company, it often causes the stock to go up or down, depending on the news. Either way, Tim tries his best to cash-in. He admits, it’s not bulletproof. Not every catalyst trade will go perfectly. All traders lose sometimes, even him. But the thing is, catalysts cause bigger and faster movements with penny stocks as compared to pricier stocks. So they’re perfect to get in and out of, for significant gains, if you nail the timing. But that’s the thing.

The window to profit on some of these catalyst events is often just minutes. That’s why having a breaking news scanner is vital to Tim’s success. It helps him spot potential wins before everyone else. That’s why some traders pay up to twenty grand a year for such software. But it doesn’t have to cost you that much. Tim’ll let ya use his, free, for an entire year, if you’re on his Tim Sykes Letter. He’ll teach you how to uncover your own catalyst events, too, in a course called CatalystX Training. Get all this and more for ninety-seven bucks a year. Plus upsells.