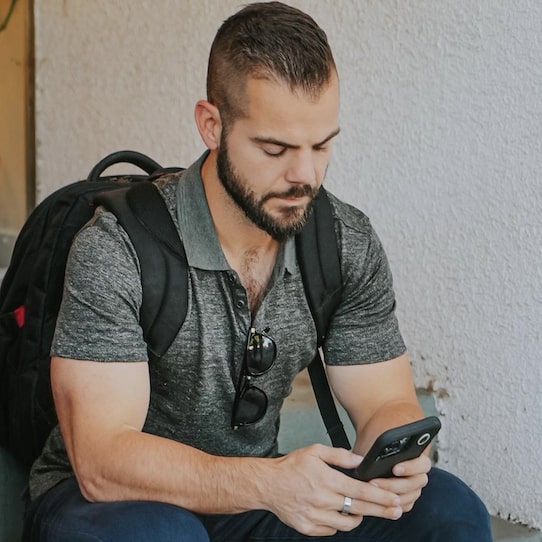 Can you believe Cole Gordon’s not even 30 yet? Apparently becoming a millionaire in your 20s ages you. With the ol’ Dirty Thirty a month away, Cole reflected on how he spent the last decade. Here’s what he’d do different. Number one, he would’ve dropped outta college a lot sooner. While it was good for helping him come out of his shell and learn to work hard, wow, other ‘n’ that, what a supersized waste of time and money.

If he could do it all over, he would’ve moved to the same college town, got the same bartending job, worked on those same social skills, but skip college altogether, save money, read business books and start a side hustle. Hindsight’s 20/20, but man, he would’ve come out way further ahead. Another thing he’d change is getting a business partner sooner. Doing everything alone sucks. Plus, nobody’s good at all aspects of business. It’s nice to be able to divide and conquer based on one another’s strengths.

And this doesn’t necessarily mean giving the first person who shows interest half the business. It can, if they deserve it of course, but in Cole’s case, it just meant giving other talented individuals small pieces of equity while still being the main guy—the name, the face. For instance, with Remote Closing Academy, Cole recently partnered with Aaron Martinez who now owns a minority stake. Doing so has made running and growing that business tremendously easier and more enjoyable.

Another regret, and this one’s gonna sound a little weird at first, but Cole wishes he was more materialistic. He grew up in a frugal household, so when he started making money, naturally, he was tighter than a velcro wallet. Not that he thinks he should’ve blown it all on Benzes and Raris, but just finding that happy medium—treating himself to some sorta reward here and there, to make the grind more tolerable. Trips, experiences, maybe a nicer apartment earlier on. Things like that.

What else? Not getting rid of that “spare tire” earlier. “Just this year,” Cole says, really getting vulnerable, “I went from about 206 pounds to right now I weighed in today at about 170. And I’ve got about four or five more to go before I’m gonna stop. But I feel so much better. I have more confidence, I have more energy, and ya know, it wasn’t nearly as hard to lose the weight as I thought it’d be. I never felt deprived, I didn’t lose any muscle, I kept all my strength, ate whatever I wanted. So why’d I wait so long?”

Last but not least, if he could go back and redo his 20s, Cole would’ve began investing sooner. “It’s interesting with investing,” he explains. “It’s like a muscle that you have to build. And of course I would’ve continued to invest in myself, but what I’m really talking about here is I would’ve invested more frequently in stocks and real estate. Because the problem is, I didn’t do any investing at all, and then when I came into money, I had it so fast to where I made so many emotional decisions… which led to a lot of mistakes.”

“Those all could’ve been easily avoided if I had created a better investing strategy when I was much younger,” Cole continues. “I wish when I was younger I’da found some really low cost barrier to entry funds in real estate to invest into, so I could start learning what good deals look like; I wish I was always dollar cost averaging into the S&P 500; keeping up the cash reserve that I’m using to invest in myself and to take advantage of opportunities; and then here and there doing my crypto thing or looking into alternative investments.”