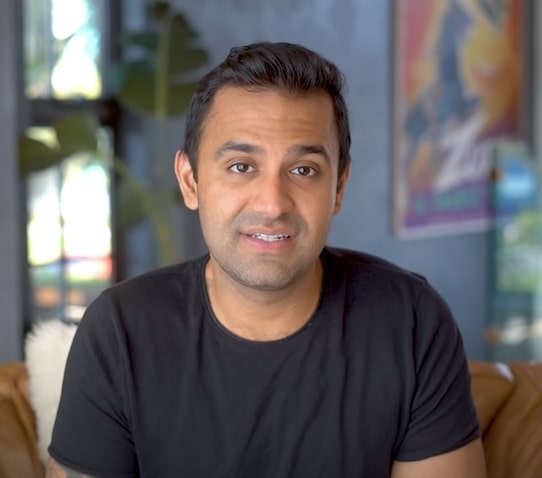 How does a five-foot-seven thirty year-old balding Indian guy hook up with literal models using dating apps? It’s all because of a secret called the signal-to-noise ratio. And once you know it, you can go to any city in the world, pull out your phone, and have it filled with messages from amazing women dying to meet up with you. Skeptical? Yeah, me too. Read on for my Endless Options review.

The guy behind Endless Options is Jesse Jhaj. He’s an internationally-known dating expert. He’s been all over the press. He’s got a half a billion views on YouTube. Or had. The Simple Pickup channel he ran with two other guys, Kong and Jason, no longer exists. They moved on and built a company called Jumpcut, which sells “mind-blowing courses that change lives.” Then, after the love of his life dumped him, Jesse did something drastic.

He spent two-plus years and a quarter-million dollars testing every single theory on how to attract women online. He hired a team of VAs to create hundreds of Tinder accounts where he tested out different bios and openers. He ran Facebook and Instagram ads to his many profiles to see what worked and what didn’t. “I crawled through broken glass, determined to find the perfect online dating system,” Jesse said. “And I found it.”

Now he’s popping bottles, kissing models. And so can you. Again, it’s all about the signal-to-noise ratio. You have to cut through the noise and stand out. Jesse says you do this by using the same emotional triggers that are used in viral videos and simply apply them to your dating profile. When done right, she’ll get excited and even nervous to meet you; almost like you’re a celebrity, Jesse claims.

Of course, you need the right type of profile pic. The right pose. The right structure for your bio. You need to know how to get matched with your dream girls. How to leave them unforgettable voice notes. And how to seal the deal and get the date. Don’t worry. Jesse’s got your back. Endless Options is a five step system that teaches you how to hack online dating by leveraging emotional highs that have been proven to make the most attractive women want to date you.

Everything is plug-and-play. Almost no work required on your part. And if you follow the steps, you’ll be dating the top one percent of attractive women in no time. Allegedly. The Endless Options system costs $197. “Why so cheap?” Jesse tees it up for himself. “Because I don’t want money getting in the way of you meeting the girl that you’re going to potentially spend the rest of your life with.”

There’s a one year money-back guarantee, but the asterisk says you must prove that you tried the system. I’ll spare you the hassle though. Sorry, but you’re an idiot if you think some cheesy openers, witty text banter, and edgy voice messages are going to turn you into Ryan Gosling. Will you trick some girls into responding? Yes. Might some think you’re funny, unique, charming? Sure. But there still has to be physical chemistry. And, unfortunately, you can’t copy-and-paste your way to that. Nice try, Jesse.