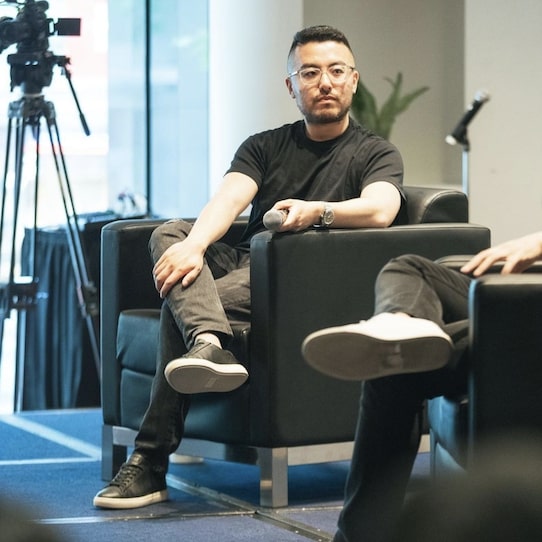 Tom Wang used to have a single skincare product that was doing a strong 6-figures a month in revenue, netting him well over 5-figures. Yep, every 30 days. And yeah, all on Amazon. Crazy, huh? Anyways, can you guess what it was? A micro derma roller, of all things. More specifically, the Microneedle Skin Roller 2.0 by Sdara Skincare. “And I wanna share with you guys how we actually found this product, because the story’s quite insane,” Tom says.

“Everything happened back in 2017 when I jumped into this Amazon FBA business,” Tom continues. “I didn’t know anything about Amazon FBA. The very first product we [meaning Tom and Christina, who he’s now engaged to] decided to launch was the vitamin C serum. You might know that any sort of skincare product is extremely competitive to sell on Amazon. People have tens of thousands of reviews and competitors are absolute savages. Me being a super innocent new Amazon seller, I had no idea. Needless to say, that product didn’t do too well.”

So Tom and Christina went back to the drawing board, came up with a second product. This time, a silicone makeup sponge. They’d looked in Viral Launch (an Amazon seller tool) and saw that other people were making $20-, $30-, even up to $50k a month selling that same product. Figured they were about to be rich. Problem was, it was a complete fad. And by the time they got up and running, that ship had sailed. They were forced to sell their remaining inventory at break-even just to cut their losses.

Third time’s a charm, right? But what product should it be? Clearly, they needed something that was less competitive, but not based on a fad. After hemming and hawing for a few months, they eventually rolled out (sorry, couldn’t help myself) the derma roller. The demand was there, but Tom and Christina were not impressed by the handful of sellers who were already selling that product on Amazon. Awful pictures, bad branding, terrible descriptions, et cetera. They knew they could run circles around those guys.

“We knew there was a market for kind of a premium positioning,” Tom explains. “We wanted to build Sdara Skincare as a premium skincare brand. We didn’t wanna compete on just the pricing. And that was reflected in our logo, our packaging, and the overall experience of buying from us. So we went to Alibaba and found a supplier that could make it [the derma roller, that is] in white and green. Then we found this really nice box and we put it in the box and shipped 1,000 units to Amazon. That’s when I got the bad news from Amazon.”

They told Tom he couldn’t sell such a product without a license. But wait, how was everyone else selling it then? After about a billion live chats and emails and calls to Amazon’s support team, they were able to straighten it out. As long as the needle size on their derma roller was under a certain length, they’d be okay. Luckily, it was. So, after all that, Amazon gave ’em the green light. “Boom,” Tom says. “Best feeling ever. I’ll never forget that day. So we listed it on Amazon and we only used PPC to rank this product.”

And right away, they sold 10 units. They were onto something. Soon, they’d sold 20, then 30, then 40, then 50 units. Then, more good luck. They got featured in Glamour magazine, which allowed ’em to put “as seen in Glamour” in their product description, and sales sorta snowballed from there. “What was cool is everybody was competing on pricing, but we were able to rise above that and compete based on our branding, right? So there’s always a market for that premium positioning,” Tom says. “And anyway, that product ended up doing 6-figures a month in revenue. It was crazy.”