Pejman Ghadimi Wants You To Be Rich (Here’s Why) 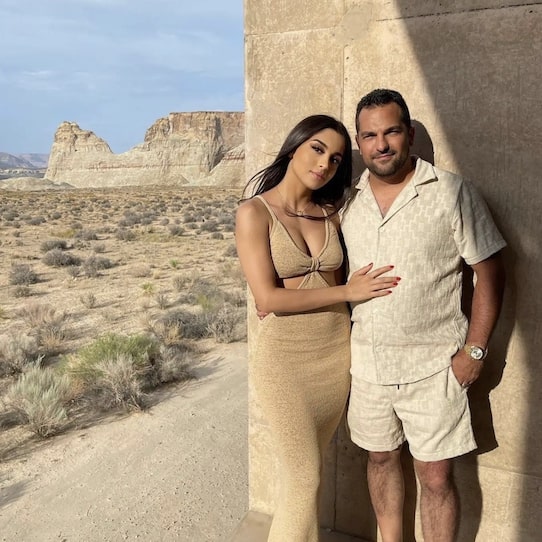 Pejman Ghadimi is the creator of Exotic Car Hacks and Watch Trading Academy. Apparently, he’s got a beautiful wife too. “But today I’m not here to talk to you about cars or watches or anything luxurious,” he says in a new YouTube video. “Instead, I wanna talk to you about why it’s really important for you to get rich. And those of you that know me know that I came from literally nothing. I used to sleep in a basement with my mom.”

“And we used to drive a Ford Probe,” PJ continues. “That’s the only thing we owned when we moved to America. Today, things have changed significantly. And one of the things you’ll see, when I make videos, is I attack poverty significantly. You’ll see me call people names or call out people who are haters and kind of put the trolls in their place. And a lot of people say, ‘Well, why aren’t you nice to people?’ I want you to understand, one, why I act this way, and two, why you need to get rich if you haven’t yet.”

The reason he attacks poverty so hard, he explains, is ’cause, when somebody hasn’t achieved anything, they basically have no business judging someone who has. PJ doesn’t want anyone getting in his lane and slowing him down with their biases and baggage and excuses and nonsense, right? And don’t give him that whole “yeah but, money isn’t everything” argument. He’s not buying it. In fact, Pejman has a handful of reasons why everyone should be doing everything in their power to make more money.

The first is that it creates leverage for your family. Be it your wife, your girlfriend, mother, father, your in-laws, whatever. Doesn’t matter. Bottom line is, without money, they’re suffering. “Money comes with this beautiful thing called choice,” PJ says. “And I talk a lot about buying exotic cars as assets, and I love that, and that’s how I spend a portion of my money because I really really enjoy it. Now, some people aren’t into cars and watches. That’s 100% okay. But that is the power of having money. You get the choice of how you get to spend it.”

“And so it’s important to understand that not only does it provide a lot of value for your family, but it also creates incredible choice for you to choose how you spend your money, regardless of whether you wanna spend it on cars, watches, taking care of your family, or anything else; it won’t make a difference. It’s also great to be able to take care of those who took care of you. I’ve spent my adult life giving my mom the life she always wanted to give me but couldn’t afford. So that’s important to understand.”

And yeah, PJ gets it, cars, to most people? Are just for vanity. They wanna experience status or speed or the ultimate in luxury, right? “But for me,” he points out, “cars are an expression of creativity. So when Lamborghini builds an SVJ, there’s a lot of years, a lot of engineering and design that went into that. And I want to be able to be in a position to where I can enjoy someone else’s creativity. So it’s very important to get rich so that you can tap into the most creative minds in the world.”

PJ believes the point of life is to find a future version of yourself that’s even better than your current version. It’s about growing, evolving. And buying nice things can be inspiring and motivational and often make your day-to-day more comfortable and convenient, which opens up more time to devote to the things that really matter. Relationships, giving back, building businesses, creating jobs, right? PJ’s been poor and he’s been rich; rich is better. So don’t expect him to change his tune. Not gonna happen.