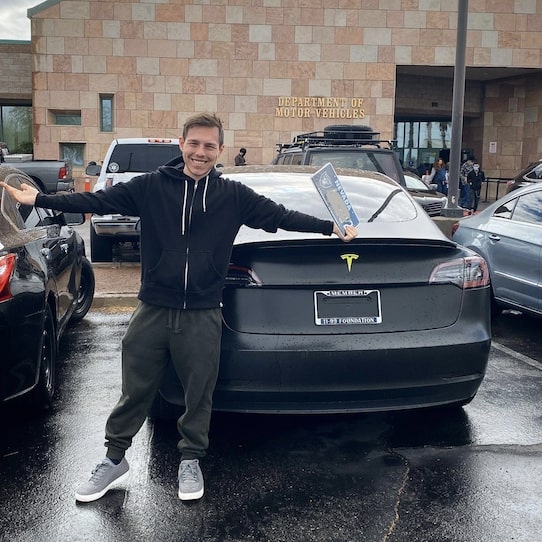 A recession may be coming. There are signs everywhere. Some stranger than others. For example, exotic dancers are reporting that the strip clubs are empty. I mean, you know things are getting bad when that happens. But here’s another interesting warning sign: Graham Stephan’s YouTube income has taken a nosedive. “I’ll flat out say it,” he blurts out in his latest video, “my YouTube ad revenue is substantially lower than where it was at the peak.”

“And it could be an indicator that the rest of the economy is about to fall,” Graham continues. “I’ve always been extremely up front with how much I make on YouTube. In my early days, in 2017, I made about $27,000. It felt like a million dollars because it was this magical internet money; it was such a foreign concept. But I fell in love with making videos. In 2018, my total ad revenue jumped to about $171,000. In 2019, my channel got almost 80 million views, earning me just over $1.1 million dollars.”

“The next year, 2020, was an interesting year. It started off great, but when the pandemic hit, everything went downhill. But I used lockdown to make even more videos and then Jerome Powell came to the rescue [sending out stimulus checks left and right]. CPMs shot up and I ended up making just over $2 million from YouTube on the year. The following year, 2021, was more of the same. About $2 million in ad revenue, once again. However, around November of 2021, something interesting happened.”

Normally, Graham explained, advertisers would spend even more right before Christmas, with December historically being a huge month for creators. But the exact opposite happened. Graham started making less and less per video, with the trend continuing here into 2022. He’s gone from a high of about $220,000 per month all the way down to $110,000 per month or so. Still great money, but nobody likes seeing their income get cut in half, right? More importantly, is it telling you and I a recession’s inevitable?

After all, you’ve got McDonald’s reportedly pulling back on advertising by 50%. All the crypto companies are spending 60–98% less on their obnoxious ads. (I’m looking at you, Matt Damon.) “Now obviously,” Graham says, “slowing demand for investment-related products and services combined with companies needing to scale back is going to lead to less spending and in turn less YouTube ad revenue. Which makes people wonder if it’s actually a leading indicator to a recession. Well, here are my thoughts on the matter.”

“First, for advertisers, user tracking is a nightmare. See, when companies create an advertising campaign, they wanna see how many new users are generated from a particular source. But doing that now is next to impossible to accurately gauge that information. All of this began with an Apple iOS privacy update that requires users to opt-in to being tracked throughout their browsing. So with incomplete tracking information, it’s hard to convince the higher-ups that their marketing budget is being spent wisely.”

Then you’ve got the TikTok effect. No way it’s not cutting into YouTube’s market share, right? You’ve also got the post-pandemic decline in viewership. People can actually go out and do things, so they’re just not sitting at home watching YouTube all day. All this to say, sure, maybe Graham’s plummeting YouTube income is indicative of a recession; but also, it could just be a coincidence and maybe it’s just those other factors that are causing it. Maybe this is just YouTube’s new normal, right?