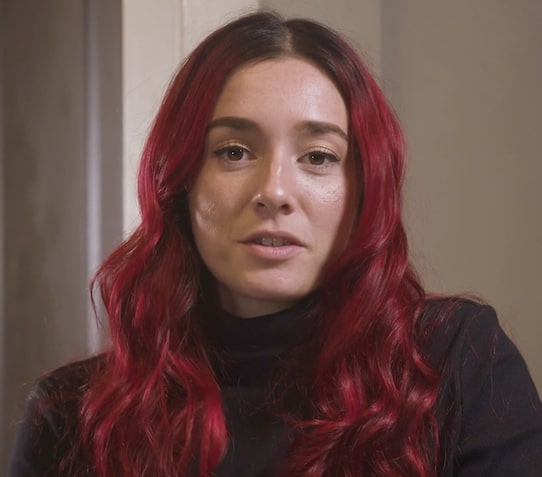 Alexandra Fasulo had a Facebook ad that caught my eye. Or maybe it was her gorgeous red hair. It said something about how a farm girl had accidentally become a millionaire online. I clicked it. It took me to this fake news looking site. Boston Insider dot co, not com. It had some good copy on it. Carefree farm girl from North Carolina moves to NYC, takes a job working in PR, hates it, quits, has no idea how she’ll pay rent, starts freelancing, builds accidental empire, click to watch video. That was the gist of it.

Even though it’s a little sketch using an actual fake news story to get people to your pitch, to be fair, maybe that’s the only way she could get her Facebook ad approved. They’re pretty particular about what you can and can’t say and what type of landing page you use. Anyhow. I clicked the link to watch the video. I was taken to another website. The headline reads: “Alex shares her secrets on how to become a digital nomad.”

Below it, there’s a three minute video from Alex. She asks what would happen if you lost your job tomorrow. How would you provide for yourself, your family? The only job security that exists today, she says, is having skills. During Covid, while everyone else was getting furloughed, Alex made over four hundred thousand dollars “offering something online that a lot of people are needing but don’t even know is available to them.”

It’s a skill that you, too, could learn. And you could do it in under two weeks. Alex says you’ve probably never even heard of it. It has nothing to do with selling stuff on Amazon, dropshipping, ecommerce, creating online courses, or affiliate marketing. So what is it? “It’s literally writing five hundred word blogs for personal freelance clients,” she finally reveals. “I would even go so far as to say it’s the most untapped market on planet earth right now.”

While everyone else is out there trying to launch these competitive, complex internet businesses, you could be cranking out short, simple articles right from your laptop, working from anywhere in the world. All while earning “more money more quickly than these businesspeople.” Sounds great, but what if you’re not exactly Shakespeare? Neither was Alex, but that didn’t stop her from typing her way to a small fortune.

Plus, this doesn’t just apply to writing. Any digital service is fair game. You simply sign up to Fiverr, learn how to market yourself, and orders start trickling in. Once you get the hang of it, you could reach a point where you have to start turning away new customers. But don’t get the wrong idea. “I’m not one of those online gurus who’s promising you that you can make ten million dollars tonight,” Alex says.

“What I am promising you is that I can show you a very stable service you can do right from your laptop that gives you money to travel the world, invest, and start a new life for yourself. And when I show you how easy it is to get into the course, and what the price is, you guys are gonna flip.” Fiverr Pro costs forty-seven dollars. It has everything you need to begin freelancing on Fiverr. There’s a thirty day money-back guarantee. There may be upsells once you buy.