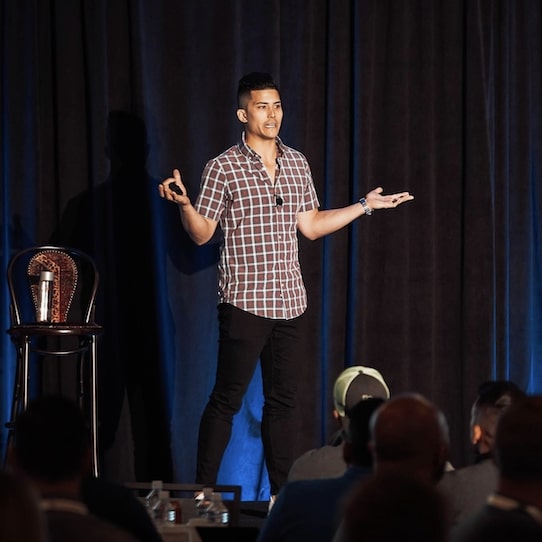 Ryan Pineda’s Future Flipper Mastermind costs three thousand dollars. Plus another thousand if you wanna upgrade to VIP, and see firsthand how he operates all of his seven figure companies. That’s a lot of coin, so let’s break the event down and see if it’s even worth attending, shall we? Cool. So it seems like he’s hosting one every quarter (so at the end of every March, June, September, and December). Each Mastermind runs for three days in total.

The goal of the Future Flipper Mastermind is to help you learn, network, and grow. “What separates those who fail or succeed in real estate is their willingness to learn and keep pushing forward,” Ryan writes on the pitch page. “The Future Flipper Mastermind will give you the methods and tools that I’ve learned over the years, to push your real estate business forward. You’ll be learning tons but also networking with some of the best in the field. You don’t want to miss this epic, life-changing event.”

More specifically, here’s what you can expect. Over the course of three value-packed days, you’ll discover how Ryan built his own real estate business to the point where he’s now doing more than a hundred deals each and every year. You’ll get his Million Dollar Blueprint, which other Future Flippers swear by. You’ll learn about sales, marketing, and operations. You’ll meet Ryan’s team, who handle the day-to-day in his many ventures. You’ll connect with other like-minded entrepreneurs and forge new friendships.

But you won’t just hear from Ryan. Each Mastermind features guest speakers and real estate experts such as LightSpeed VT owner and influencer Brad Lea; mortgage lending millionaire Neel Dingra; Airbnb whiz and cohost of the Bigger Pockets Real Estate Rookie podcast, Tony J. Robinson; YouTuber and tiny home specialist, Robert Abasolo; and more. And, as a bonus, anyone who buys a ticket will receive instant access to Ryan’s best-selling course, House Flipping & Wholesaling Academy. Or you can swap it out for a different course.

Seats are extremely limited, Ryan says. Secure yours now. Here’s what others are saying. “Another inspirational mastermind with @RyanPinedaShow and this group of All Star investors doing amazing things across the country,” Zasha wrote on IG, after posting a pic from the event. “Watching the growth of the coaching program from the start, when there were just a handful of us, to now having a venue with bigger things to come, shows the power of having the right team, influence, systems, and processes in place. The personal connections, relationships, and golden takeaways are priceless.”

In a private Facebook group, Alex wrote, “Yesterday Ryan Pineda showed us his vision at the mountain lot he purchased to build his dream home! It was a spontaneous field trip with his coaching students that came a day early to the Future Flipper All Star Quarterly Mastermind event. Truly inspiring! I’m so freaking happy to be around all these like-minded cool RE entrepreneurs crushing the game in their respective markets. In one day, I’ve already got several takeaways to implement in my business, life, and mindset.”

Another Future Flipper Mastermind attendee, Stacey, texted Ryan, thanking him for his tough love. She was feeling undervalued by her business partner. Ryan suggested she renegotiate their profit split when she got home. She did just that and actually ended up parting ways, amicably, and going out on her own. It was the kick in the butt she needed to take a leap of faith and bet on herself. Overall, the event looks like a lot of fun. You just gotta be honest: are you someone who’s actually gonna take action on what you learn there?