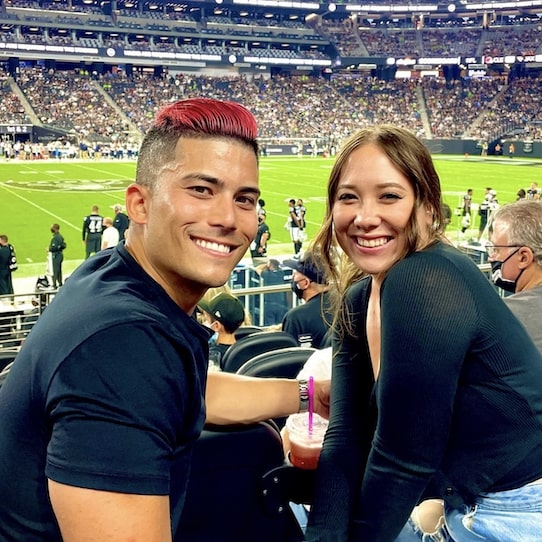 He has no problem admitting it. Wouldn’t be his first time. In fact, back when he was a real estate agent, he thought wholesaling houses was a scam. No way you can just flip a contract, with no money out of pocket, poor credit, and no real estate license, right? Wrong. Years later, once he realized it was legit, he went all in on it, and it changed his life. Then he thought YouTube was a waste of time; until, during the pandemic, he saw how much Graham Stephan and Meet Kevin were making off their channels.

Now Ryan’s got a decent following on YouTube and he crushes it peddling all sorts of courses and coaching programs and live events and done-for-you services to his audience. Then there was crypto, which he hated on, big time. But fast forward to today, and he’s invested heavily, right? And that brings us to the point of this article. Not that long ago, Ryan had said he believed Amazon automation was just a giant cash grab by anyone who was offering it. To call him a skeptic would’ve been an understatement.

But then one day someone hit him up on IG and was like, “Yo, thanks for all the awesome content you put out, it’s helped me so much, blah blah blah, to say thank you, I’m gonna make ya an Amazon store for free.” Ryan, being the capitalist he is, figured hey, at the very least, it’d make for a good video; or, even better, maybe it’ll actually make me a few bucks, right? So he said okay. Next thing ya know, the store was up and running and blowing his expectations to smithereens.

Month one, it made him about a thousand bucks. Month two, it jumped to three thousand. Then five K. Then eight K. And that’s not even counting the credit card points (for buying all the inventory), which was a little more than three grand. “But anyways, these last few months for me have proved that this [automation service] is legit, it’s real, people need to take notice of it,” Ryan says. “I literally haven’t had to do anything other than pay off my credit card. It’s one of the most passive things I’ve ever seen.”

Not only that, but Ryan sees his store continuing to grow and grow until it’s doing far beyond ten Gs a month. Good for him, right? What’s this gotta do with you? Well, as an influencer, Ryan’s had quite a few Amazon and Walmart automation companies reaching out to him, wanting to sponsor a video or do some sorta brand or affiliate deal, to drive more sales. Ryan entertained every single offer. Since these turnkey ecom stores typically cost thirty K and up (plus a profit split), he could hear the ka-ching! sounds playing over and over in his head.

But after looking into each of their operations, it was clear: a lot of their stores weren’t succeeding. And Ryan didn’t wanna be on the hook for it, if one of his subscribers went and cashed out their 401(k) to invest in one, and didn’t make their money back, right? If someone’s unhappy and wants a refund, he needs to be in control of that. “So I said, ‘Ya know what? I don’t wanna do it. If I’m gonna get in this business, I’ve gotta own it.’ And being the entrepreneur that I am, I decided to start my own company,” Ryan explains.

Boom. LunarEcom was born. Fittingly, Ryan launched it with the guy who built his store: Tony Guzman. Their team’ll build, manage, and scale your Amazon drop shipping store. They do all the work, you provide the credit (and a sizable setup fee), and y’all chop the profits if and when they come. Sounds like the water’s been choppy thus far. They sold people a bunch of Walmart automation stores initially, and they all got shut down. So now they’re back to just doing Amazon. Honestly? I don’t love how opportunistic this guy’s getting. Why not stick to one thing and be the best at it? (Oh yeah, money. Duh.)