How Tanner Chidester Made His First Million Dollars 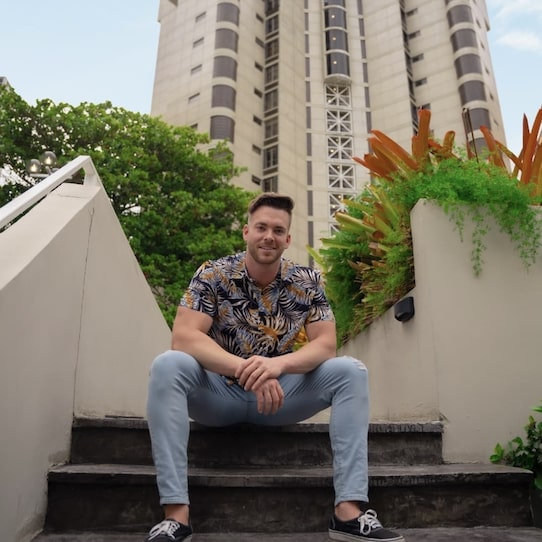 Elite CEOs founder Tanner Chidester did the following to earn his first $1 million online. “Step one,” he says, “I simply DM’d my followers on social media. Specifically Instagram. I’m not sure what it is, but Instagram just seems to be higher quality people, or they’re just better prospects. And so at the time I was selling health and fitness coaching. So all I did is I sent out a simple message that said, ‘Hey, thanks for following me. What’s your fitness goal right now?’”

“And then, from there, I would push them to book a phone call,” Tanner continues. “That’s it. It was as simple as that. And we’d start having a conversation through DMs, and during that conversation I’d say, ‘What are you struggling with? What have you tried before? Have you ever had a coach?’ And then I would offer them to have a call where I could give them free advice. Simple as that. Once they agreed to that, I would then have a phone call with them, okay, so that is gonna be step two.”

“Have a 10-minute phone call, or what’s called a triage call. Okay, so this is gonna be a two-step process. So I get them on a call and I start doing pretty much the same things I did in the private messages. I said, ya know, ‘What is your goal? What are you struggling with? What have you tried before?’ And they would go through and they would talk for about 15 minutes, and this does two things. First, it builds trust. And then second, you’re really qualifying the prospect to make sure they can actually pay you money.”

“So at the end of the call, I’d say, ‘Awesome, it sounds good. Let me send you a follow-up email that’s gonna have more specific questions about your weight and your height, food preferences, and fill that out.’ So that is step two. And then step three is, I’m looking through the email, their responses, and I would have two questions. I would ask them, on a scale of 1–10, how bad do you wanna reach this goal? And then two, is if they were willing to financially and mentally invest into getting help,” Tanner explains.

That kinda lets ’em know the next call is gonna be a sales call. Now, if their answers weren’t favorable, Tanner would text ’em to get clarity on the situation. If it was clear they just weren’t a fit, he’d end the relationship right then and there. But if they were, then he’d go ahead and schedule the actual sales call. From there, he’d hop on with ’em, do a pre-frame (“Here’s the goal of this call and at the end you can say yes or no to working with me”), ask ’em questions, get data, and then regurgitate back to them what it is that they want.

Tanner’d end with what he calls the three pillars, which were three main points of why he was different than everyone else and basically why he commanded such a premium price. Then he’d go for the close, charging them anywhere from $1,500 to $3,200 for a four-month program. “I know that sounds crazy, but that’s literally what I sold people,” Tanner says. “So I would get, at my peak, when I was just reaching out to people, anywhere from 15 to 16 clients a month at about three grand. It completely changed my life.”

All that’s left is fulfillment, right? So you get yourself an app or a membership site where your clients can go through the videos, download the checklists and whatnot. Then you can add in a private Facebook group for support, plus or minus a weekly coaching call or two. And then, assuming everything’s going well, clients are happy, you can speed things up with paid ads and cut back on the manual outreach. But yeah, that’s all Tanner did to make his first milli on the internet.