How To Sell More Ebooks And Audiobooks 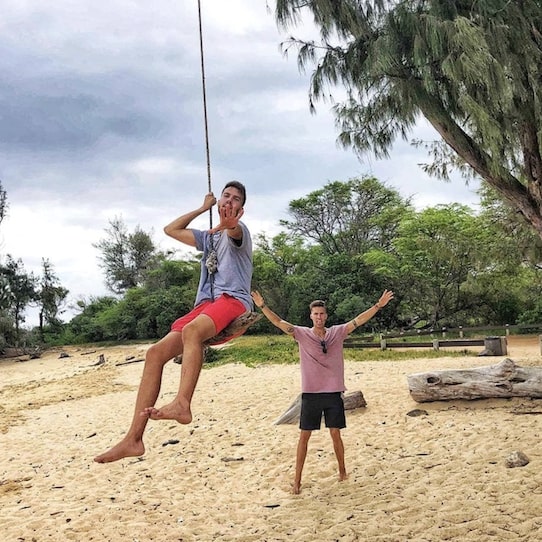 Publishing Life founders Rasmus and Christian Mikkelsen, more commonly known as the Mikkelsen twins, have outsourced most of the coaching inside their flagship program, Audiobook Income Academy. Nick Morrison and Cody Smith are two of the main coaches now. In a recent video they discussed a mostly free way for self-publishers to make more sales. Influencer marketing, basically. But how do you do it? Is it really free? And does it even work? Read on.

“I don’t know if anyone’s heard of Dream 100,” Cody says. “It was developed quite a while ago. It’s kind of an interesting story. It’s your dream 100 people you would like to partner with for whatever you’re doing. In this case, selling books on Amazon. So this would be the top 100 influencers you’d like to have promote your latest Kindle ebook or Audible audiobook, right? Starting with the least influential all the way up to the biggest names in your niche. So you start your way at the bottom.”

“You start with these people who have smaller YouTube channels, smaller podcasts, smaller Facebook groups and whatever, right? And you’re just working your way in, building a relationship with them, trying to collaborate with them, and this is something I wish I did more of. I did it a lot when I first got started with publishing ’cause I didn’t, I was horrible at Amazon ads. So for me, when I used influencer marketing, it was podcasts. I did a lot of podcasts. I just reached out to a lot of people.”

“So if you’re looking at ways to get leverage to promote your book, it won’t cost you anything. Or if it does cost you anything, it’ll be well worth it. So it’s similar to when you’re scraping keywords [for your book title and description and whatnot], you have to go out there and scrape information off of all these different influencers. And you’re gonna start on every platform. Go to Facebook, for example, scrape all these different groups, the admins that run them; then go to YouTube, same thing.”

Then there’s podcasts, of course, which Cody had the best luck with. Twitter, Instagram, LinkedIn, TikTok, you name it. Make no mistake, this won’t be fun. It’s a grind. It’s gonna take hours if not days to do it right. But this outreach list you’re creating is gold. You don’t need many of ’em to say yes in order to do some damage. Heck, just a couple of yeses could drive hundreds of book sales. And yeah, don’t overthink the messaging. Just be real and make sure every outreach is personalized to them.

In addition to saving money on marketing and tapping into more scale, Cody and Nick point out another advantage, which is duration. “Think about it,” Cody says, “when you run an Amazon ad, how long is that ad in front of people? Maybe a few seconds, till they scroll past it? Whereas, say you’re on a podcast, it’s like an hour. And it’s a captive audience, no less. And anyone who comes back to watch or listen to that episode, I get to be in front of them also. It’s awesome. It’s exponentially, in my opinion, better.”

What if you’re shy and don’t wanna do an interview? What if you’re publishing under a pen name and you wanna stay behind the scenes? In that case, offer to sponsor their next episode or YouTube video or whatever it is. Pay ’em a fair rate and give ’em a script, such as: “Hey, today’s video’s sponsored by Pen Name, who just released a killer audiobook called Book Title. It’s on Audible, go check it out. Link’s in the description.” That’ll probably get ya a fatter ROI than an itty-bitty Audible ad sandwiched between your competitors’ ads, right?