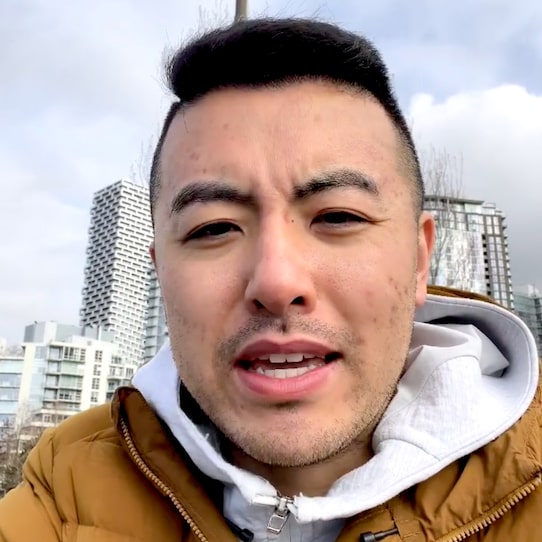 FBA Masterclass creator Tom Wang says the year was 2015. He’d just graduated from a school called BCIT: British Columbia Institute of Technology. The chip on his shoulder was gargantuan. Why? Because, prior to BCIT, he actually got booted from three other colleges for abysmal grades. As you can imagine, Tom’s parents, who, as immigrants, really value education, were livid about this. Yet, there was Tom, drinking, partying, going to the casino, not giving a damn.

“By the time I enrolled into BCIT, which, remember, was now my fourth college,” Tom says, “during this time a lot of my high school friends started getting internships and started getting real jobs. So that’s when I was like, ‘All right, it’s time for me to actually do something meaningful with my life.’ I actually went to a program called Professional Sales and Marketing. Now, during that time, I found a lot of the skills they were teaching, I found them to really be applicable to real life.”

It was in that class, at BCIT, where Tom learned about accounting, he learned how to read a financial statement, how to apply for jobs, how to ace a job interview, just super useful stuff. Which made him finally start taking it more serious. He got his GPA up, was able to walk across the stage, snatch that degree once and for all, and start the next chapter of his life. Mind you, he still felt like he had something to prove to his parents, to show them he wasn’t a total failure, right?

So Tom’s goal was to make at least $100k a year. If he could do that, I mean, that’s pretty much MD money. How could the ‘rents not respect that? Just one small problem. Who was gonna hire this kid and pay him 6-figures, when he had no practical experience, no references, and barely squeaked by with a two-year business degree? “Nobody believed in me,” Tom admitted. “Nobody saw my potential. But even though it was frustrating, I never lost faith in myself. I always knew I was gonna become someone.”

Eventually Tom has lunch with this chick who used to be a recruiter. She tells him he should look into getting a job at Yellow Pages (back then, they were still a big deal). So he does, and, as luck would have it, the guy who interviewed him kinda sorta knew him from the gym. So Tom was all, “Bro, if you hire me, I promise, I’ll bust my butt, I’ll be your number one sales rep.” Boom, he gets the job, goes to orientation, finds out he’s only guaranteed to make $22,000 a year. Anything above that would have to be earned via commissions.

Scary stuff, but what else was he gonna do? Not like he had a ton of options. Then he meets this guy, Pavan, who tells him he made $250,000 the year prior, with Yellow Pages. After picking his jaw up off the floor, Tom’s like, “A quarter million?! Are you freakin’ kidding me? Tell me what I gotta do and I’ll do it.” Tom figured, even if I do half as good as Pavan here, I’ll easily hit my 6-figure goal, right? So Pavan hooks him up with recordings of his sales calls, Tom studies them obsessively, and begins modeling his new YP mentor.

And whaddya know, it worked. Tom went on to be the number three rep in all of Canada (Pavan was number two), and pull in $155,000 in his first year there. He’d smashed his goal by more than 50%. There were single days where he made more than $1,000. Months where he earned over $10k. Needless to say, Tom was tickled pink. “It was one of the best feelings in the entire world, when you work so hard, and you ended up being able to achieve what you set out to achieve,” Tom says.