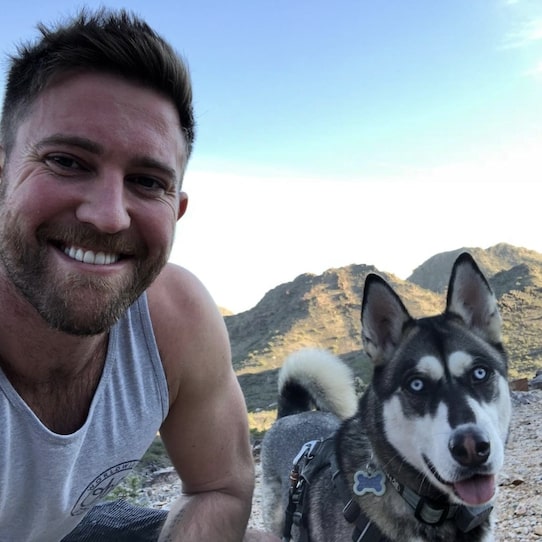 According to email copywriter Ian Stanley, there’s a scientifically proven way to become more successful. “Years ago in some laboratory type environment,” Ian says, “they took some kids (and that sounds very weird) and they sat them down and they gave them a marshmallow. They sat the marshmallow in front of them and they said to these kids, ‘Hey, if you wait a little bit, we’ll give you two marshmallows.’ And an insane amount of them just ate the one marshmallow right away.”

“But some of the kids actually waited,” Ian continues. “And it’d be up to maybe 15 minutes. So they’d come in and they’d bring those kids another marshmallow. And they found, over the years, they tracked the success of these kids and how they all turned out. And they found that the single best indicator of success was delayed gratification. Your ability to delay gratification, right now, to have some sort of reward later. It was the kids who waited for the second marshmallow [who became more successful].”

And to Ian, the results of this study made complete sense. He was that kid where, whenever his parents gave him allowance or birthday money or whatever, he’d spend as little of it as possible and save the rest. Or like, if he and his friends went to the movies, and each of their parents sent ’em with $20, he’d just spend the $9 on the movie ticket and keep the change. Whereas, all his buddies would obviously blow the remainder on popcorn and candy and maybe a drink, right?

“Like my one friend, he would even buy a bottle of water,” Ian recalls. “I’m like, ‘What are you doing spending money on water? It’s free.’ I could not understand that. I knew I wanted to save the extra money, take it home, hold onto it, so I could buy better stuff later. I didn’t care about eating Milk Duds in a movie theater. I wanted an iPod [‘memba those things?]. I wanted something else, I wanted something bigger that would take me time to save up for.” Preach brother, we’re listening.

“And so looking at this, you realize that the most important thing you can do is learn how to delay your gratification,” Ian adds. “People who wanna get rich quick, who want success right now, or ‘I want abs, and I want them in seven days’? It’s unlikely. But it’s the people who are willing to delay gratification who end up having the most success. That’s why, with everything I teach around ‘almost passive income,’ you have to understand that creating almost passive income? It doesn’t happen in one night.”

You might be able to do it in 30 days, maybe a few months. And no, that’s not instant, but it’ll definitely be worth it, right, ’cause that’s money that’s gonna keep coming in month after month. “If you’re going to build an email list, and after one month that email list is 1,000 people,” Ian explains, “and let’s say you make $1 per person per month? You’re gonna make $1,000. But if you take that $1,000 and reinvest it, keep growing the list, and suddenly three months from now you have 10,000 email subscribers? Now you’re making $10,000 per month.”

Sadly, though, most people won’t do that. They’ll take the $1k, blow it on something stupid; their email list never really outpaces their unsubscribes and unopens, right, and then they wonder why they can’t make more than a grand a month. Then, on the other extreme, there’s the Persuasion Hitman, Ian Stanley, who holds off, doubles down on his email marketing strategy, and six months later, boom, he’s raking in $100k a month or whatever. So the takeaway is simple but powerful: learn to wait.