Before Acquisition.com, Leila Hormozi Was A Hot Mess 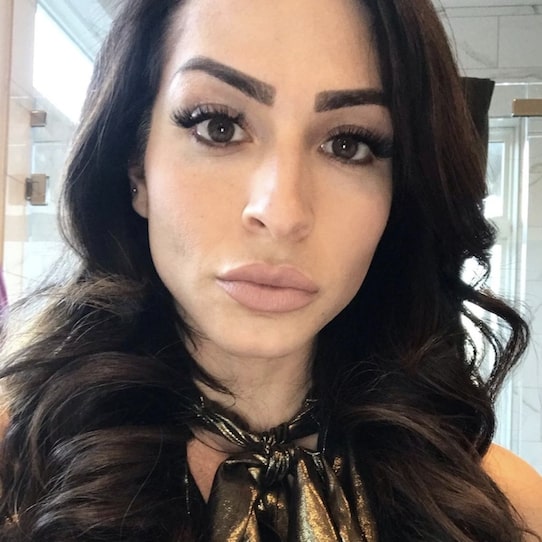 Acquisition.com is ran by Leila Hormozi, alongside her husband, Alex. Back before she was a mega millionaire, though, she went through a bit of a party phase. This was like age 16 through 21. Before that, in middle school, she says she was “fat and ugly, with braces.” Her words, not mine. And then, summer before freshman year, she got her glasses off, braces off, lost about 15 pounds, and started, um, “developing.” Hell yeah, this is great, she thought.

And so did everyone else. Leila started getting invited to parties, which was awesome and all, but she slowly got addicted to that feeling of self importance. “I had been ignored and made fun of for such a long time,” she explains, “that when I finally got to a point in high school where people like actually desired me (whether it was guys or girls), I couldn’t get enough of it. I would go to the parties just ’cause I liked that feeling; and then I started throwing parties myself when my parents were out of town.”

Then, within a matter of 18 months, Leila got arrested six times. Her grades started slipping, everything was spiraling outta control. And then, on her final arrest, the cops actually brought her back to her dad’s house, instead of her dorm room where she was living at the time. Her parents sat her down on the couch and Leila braced herself for an epic tongue lashing. Only, it never came. Instead, her dad told her he was afraid she was gonna die. Whoa, talk about a wake-up call, huh?

“I just felt really bad,” Leila reflects. “He’s such a good dad and I just felt like it was so selfish of me to be doing. I’m young, I haven’t had a hard life. I don’t have an excuse. I grew up in America. I have food and water. I was like, ‘What kinda person do you wanna be?’ This is BS. So if you’re someone who’s drinking and partying all the time, what’s gonna happen in the next five years if you continue to do that? You could just be a mess of drugs and alcohol. Or, you could turn your life around.”

Leila chose the latter. She closed the party girl chapter and became obsessed with self-development. “I got in shape, started getting my grades on track, I cut out pretty much all my friends that loved drinking and partying and doing all that stuff. Honestly, I was super lonely because that’s what’s normal. Right? Like it’s normal to do what everyone else does, to go to all the parties, spend all your ancillary time socializing, trying to fit in and do all that stuff. And I just went the opposite direction.”

Leila would listen to this Tony Robbins tape over and over, where he was basically saying how, if you don’t wanna be like everyone else, you can’t do what they’re doing. “I just remember consistently telling myself that,” Leila says, “because I was like, ‘This is so painful.’ I actually ended up moving out of the apartment with my friends and literally, in college, I lived by myself. As a female. Which is weird, right? I just knew I couldn’t be in that environment where I was constantly around the drinking and partying.”

It was a big sacrifice, but she knew it was gonna pay dividends. The way she saw it, by 30, she could accomplish what all those YOLO peeps would be lucky to pull off by 40. “That and the fear of missing out on who I knew I could’ve been? Is what kept me going,” Leila says. “Nobody is coming to save you. Nobody’s taking action for you. Nobody’s changing your life for you or giving you a handout. Not even my family. And that realization is what propelled me forward to get outta that mess.”