Robby Blanchard Says “Narrow And Deep” Is Where It’s At 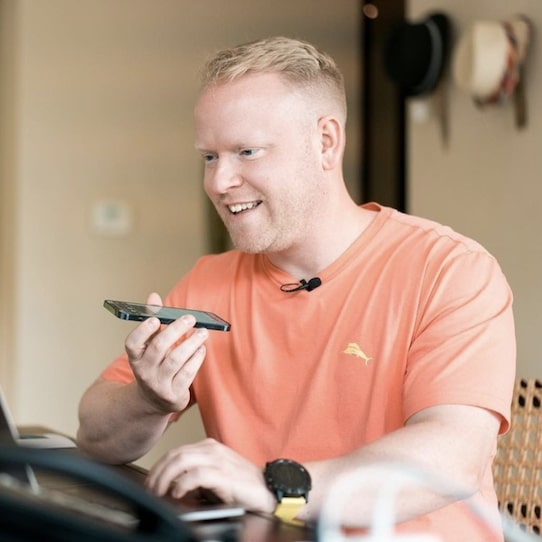 Robby Blanchard is the creator of Commission Hero, where he teaches you how to make money with affiliate marketing using Facebook ads as your primary traffic source. “One of the things I’ve learned over the years is you have to go narrow and deep on what you’re doing,” Robby says. “You can’t be the jack of all trades, right? Like when I started affiliate marketing, I coulda gone into YouTube, Snapchat, Pinterest, and all this other stuff. But I stuck with Facebook.”

“I just drilled down on one thing,” Robby continues. “The other thing, too, when it comes to offers to promote, people always say, ‘Robby, you’ve made millions of dollars being an affiliate, like how many offers do you promote at one time?’ And I say, ‘One.’ I promote one offer at a time, I focus on one traffic source at a time, and I just keep on doing that until I’m successful at it. So that’s really what I teach inside the course as well, and now we have students that are just absolutely killing it.”

Robby also believes the simpler something is, the more money you can make from it. Complexity is the enemy of execution, as all those life coaches like to say, right? So if you can’t draw out your business plan on the back of a napkin, chances are, you’re not gonna get it off the ground; or, if you do, it’s probably not gonna scale. Anyways. Say you’ve got the perfect ClickBank offer, you’re about to try Facebook ads for the first time, whaddya need to be aware of, right?

“Well, with Facebook ads,” Robby explains, “it’s about getting your [ad] copy and your creatives to convert. Getting people to click on your ads. And then having your landing page do its job. And typically we like to use quizzes, ya know, just 4–7 questions, which then leads people to the VSL [aka video sales letter that pitches the product]. So that in itself takes some time to master. Everything’s gotta be congruent from start to finish. Again, that’s why it’s so important to go narrow and deep.”

If you just throw up a half-baked Facebook ad; and then hop over to YouTube to try and make a faceless channel; and then launch a review blog to try and get free traffic from Google; and then bounce back and forth to TikTok, where you’re hoping one of your videos goes viral; well, guess what? None of it’s gonna work because it’s all gonna be done poorly. Which is why Robby had to get outta the gym business back in the day and shut down his Facebook ads agency, to really go all-in on Commission Hero.

“I think it’s super important to commit to something and just go with it, and see it through to the finish line,” Robby says. “That’s so so important. And a lot of people don’t do that. A lot of people stop, a lot of people get a little bit of resistance or come across a little bump in the road and they give up. But you can’t do that, you’ve gotta double down on your strategy in order to turn it into a big win.” And then, sure, once you’ve built some momentum, you can explore, for example, other ways of getting traffic.

Maybe once you’re doing $10-, $20-, $50k a month with Facebook ads, yeah, you might wanna try email marketing or building up a following on Instagram or being a guest on some prominent podcasts, right? But not until. That’s the key. And it’s hella confusing because you see all these gurus, like Robby, who seem to be everywhere, to be doing it all, right? So you assume you do as well. But what you’re missing is, that’s not how they got there. They got there by mastering one step at a time.