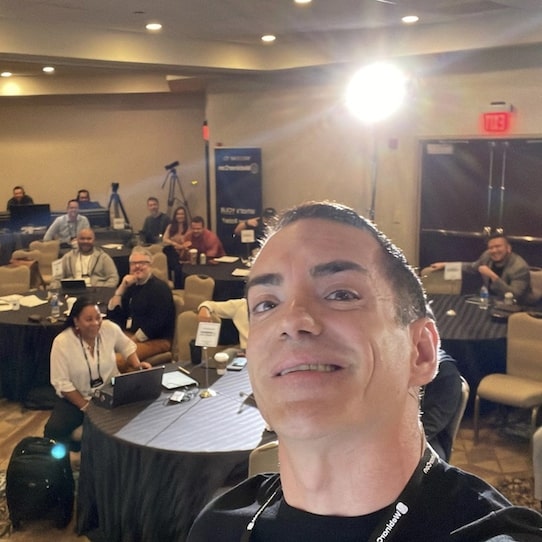 Jeff Lerner recently had Essentialism author Greg McKeown on his podcast. They discussed just that. How to achieve more by doing less. One of the first gems Greg shares is to protect the asset. You are the asset. And if you don’t protect it, you won’t be able to make the higher contribution you want to make in the world. And so, if you think it’s all about hundred hour work weeks and recuperation doesn’t matter, well, that’s not sustainable. You’ll burn out.

Greg would argue that yes, more effort might get you ahead in the short-term, but in the long-term, it’s your ability to recuperate better than others, to keep your mind clearer and sharper, that gives you the advantage. “Don’t do more today than you can fully recuperate from by tomorrow.” That’s his rule. And though it seems counterintuitive to the hustle culture we’ve all been fed, it starts to make a lot of sense when you understand the premise of his book, which is that almost everything is noise and very few things actually matter.

So when you aggressively eliminate the nonessential, you’ll realize you can do less, work less, but get better results. It’s the simpler, smarter, easier way to ten X your effectiveness, right? Because you can’t continue to work ten times harder, that’s for sure. “Overachievers have got this narrative, this story [that you always have to do more], and basically it’s a con,” Greg adds. “Or at least it’s an incomplete picture. We have to upgrade our sophistication of thinking in terms of how we approach success.”

Do you really have to “rise and grind” or “push harder than yesterday if you want a different tomorrow” or whichever corny slogan gets laid over a black and white stock photo of a lion and passed around on Instagram? Not if Mr. Essentialism has anything to say about it. He’ll encourage the opposite: to approach the vital few tasks you do each day with a “light and easy” mechanism. Sorta like that one golfer we all know who has that slow, smooth, effortless golf swing, but still blasts it three hundred yards right down the middle.

“There really are two paths to execution, two paths to results,” Greg continues. “One is the harder, heavier path. It can produce results but has all these unintended externalities [for example, your health and relationships suffer]. And then there really is an easier, lighter, more effortless approach. And as we start to discover it’s two options, not one, suddenly you go, ‘Well maybe there are essential things that I would love to achieve that are doable and I don’t have to beat myself up to get there; I just have to make the path a simpler path.’”

Warren Buffett’s the epitome of an essentialist. He has said in the past that his investment strategy borders on lethargy. That he’s not trying to find seven foot fences to leap over, but rather, one foot fences he can casually step over. Yes, he puts in effort, but it’s much more strategic than your average investor. There’s no wasted movement. Granted, you have to apply some common sense here. Greg isn’t promoting a get rich quick mentality. You can definitely take it too far, and use what he’s saying as an excuse to avoid deep work. Don’t do that.

Somewhere in the middle’s the answer. You want to exert enough effort, but not more than what’s required, and do it consistently, over a long period of time. Find your flow state, where it just feels right, where you’re performing superbly, you’re moving the needle, but you’re at an RPM range where you’re not gonna blow up your motor and spend a week in the shop, ya know? Read Greg’s book for more of the nitty-gritty and watch the full interview on Jeff’s YouTube channel, where he does a great job of playing devil’s advocate.