What Happened To Tom Wang? 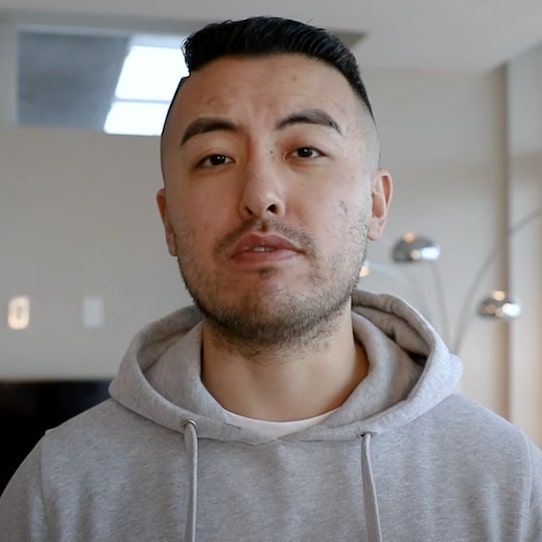 Tom Wang has been dealing with something called post-concussion syndrome for a little while now. He calls it the most challenging and difficult thing he’s ever had to deal with. Physically, he looks fine. You’d never know. But in reality, it’s been pretty awful. It all started back in February. He was snowboarding in Whistler (a skin town just north of Vancouver) when he suffered a seemingly insignificant fall. He was on a flat surface, caught an edge, fell backwards, experienced what he thought was just mild whiplash.

Thinking back on the incident, he said, “I got up, whatever, I kept on snowboarding. In fact, that evening, I drove home from Whistler to Vancouver. I even went out for dinner. I was a little bit dizzy, a little bit off, but at the same time, I was feeling fine. My neck and my shoulders were extremely sore but I said, ‘Hey, whatever, it’s a physical injury and it’s gonna go away.’ Two days later I ended up in the ER because the left side of my body felt super tingly, super cold, sweaty, tingly on my fingers and feet, and I just wanted to make sure that I’m okay.”

The doctor warned him he might’ve had a concussion. He told Tom to go home and rest. So that’s exactly what he did. Took it easy for a week or so, and felt fine after that. From March to July, other than some occasional dizziness, he figured he was a-okay. But what didn’t help matters was that, during that same time, Tom was under a ton of stress. He got engaged, bought a house, was constantly putting out fires in his Amazon FBA business, and the list goes on. Still, he usually thrives under stress.

Not this time though. His body was like, “Tom, whaddya doing, bro? I’m over here trying to recover from this concussion, and you’re over there making it impossible.” So what happens is, one day Tom wakes up and his left eye completely stops focusing. As you can imagine, he was pretty spooked by this. Was it just an eye issue? Or was something wrong with his brain? Or was it some sort of delayed side effect from when he had Covid? Of course, he went down the rabbit hole of asking Dr. Google, which only scared him even more.

So he goes back to his family doc, gets his blood tested, turns up nothing. Goes and gets an MRI, still nothing. Now he’s getting desperate because his eye’s still doing its own thing. Like when he was driving, it felt like an out of body experience. He wasn’t totally there, not fully present. Ends up going to an optometrist, finds out he’s got a retina tear, gets that lasered, feels a little better temporarily. Then it comes back. Sees a specialist in Hollywood, discovers he’s got a vestibular (balance) issue, gets prescribed vision therapy (aka eye exercises). Does those to no avail.

Matter fact, things take a turn for the worse. Tom’s now feeling incredibly weak and anxious and his eye’s going backwards, if anything. “It was really really scary,” Tom said. “I kept on looking for answers, looking for someone who could tell me why my eye is not working. Finally I saw a concussion specialist here in Vancouver and, after the assessment, it was very clear what was going on with me. During the fall, I had injured my neck area. With the stress, my body couldn’t recover. And since my eye couldn’t focus, my brain was constantly in fight or flight mode.”

Now Tom’s working with that specialist to get back to one hundred percent. “This whole experience really really humbled me,” Tom added. “And reminded me business is not everything, work is not everything, money is not everything; you need to listen to your body and take care of it. It’s been an absolute eye-opening experience that I don’t wish upon my worst enemy. Now I realize I’ve been focusing too much on work and not enough on my health, my spirituality, and my relationships.”