Jeff Lerner: Is The Law Of Attraction Real? 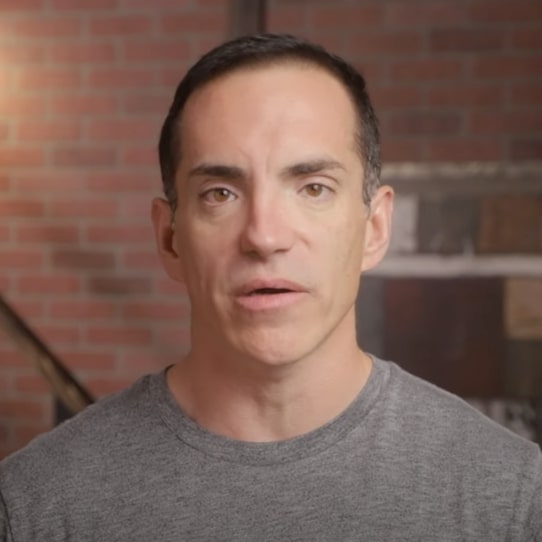 Jeff Lerner defines the Law of Attraction in the following way: what you think about, you bring about. Meaning, you’ll naturally attract certain results based on the thoughts that preceded the actions that you took to generate that outcome. There’s a lot of debate about it. Is there any merit here, or is it just pseudoscience? Made up to sell movies and books and seminars? Jeff thinks we shouldn’t dismiss it just ’cause we can’t entirely explain it.

And, in his personal experience, one thing’s for sure: when he thinks more positively, more positive things tend to happen. This reinforces the positive thoughts, which drives more positive things into his life. The opposite of a vicious cycle. “So I’m gonna suggest that the Law of Attraction is powerful, really important, and frankly, something that we should be teaching the children,” Jeff says. And yeah, it’s not scientifically proven, but so what? Doesn’t science, most of the time, just show us what we don’t know?

Jeff’s argument is that we should be able to trust phenomena in the universe on the basis of observation even if we can’t fully explain it. At the very least, you should be willing to put it into practice, monitor what happens, and draw your own conclusions. There’s not much downside, is there? And just consider the upside, right? Plus, look at all the millionaire slash miracle morning slash power hour stuff that’s out there. Isn’t most of it pretty much based on the Law of Attraction?

In working with thousands of students inside Entre Institute, Jeff has witnessed, time and time again, that there is no greater predictor of future success than the thoughts that someone is thinking, about their future, in the present. Jeff’s long time mentor, Bob Proctor, believes this is due to human beings having higher faculties. Things like imagination, willpower, creativity, inductive and deductive reasoning, intuition, and so on. Anyways, how do you test drive the Law of Attraction?

According to Jeff, there are three practical steps you need to take. The first is action. It’s not enough to sit around thinking about rainbows and butterflies; ya actually gotta do something. “If you’re not gonna do different stuff, don’t bother thinking positive thoughts,” Jeff says. “Or else you’ll desensitize or disempower, you’ll atrophy the parts of your brain that are trying to think the more positive thoughts. It actually gets harder to think positive the more you act negative.”

Step two is to be consistent. That shouldn’t come as a shock to anybody. The Law of Attraction isn’t something you can just casually do, whenever you remember to, and expect your life to take off. “Give yourself three full months to really see the fruits of applying the Law of Attraction start to blossom,” Jeff says. Step three is to look at the three Ps of your life (physical, personal, and professional) and write down a negative thought you have in each of those areas of your life.

Now run ’em through kind of a Law of Attraction filter and change them into a positive thought. Take it a step further. Turn them into clear pictures that your subconscious mind can understand. So “I always binge on junk food at night” might become “I nourish my body with healthy fruits and vegetables before bed.” Right? And then you see purple grapes and red strawberries and green kale and yellow bell peppers and so on and so forth. Do all the above for ninety days and watch what happens, he says.