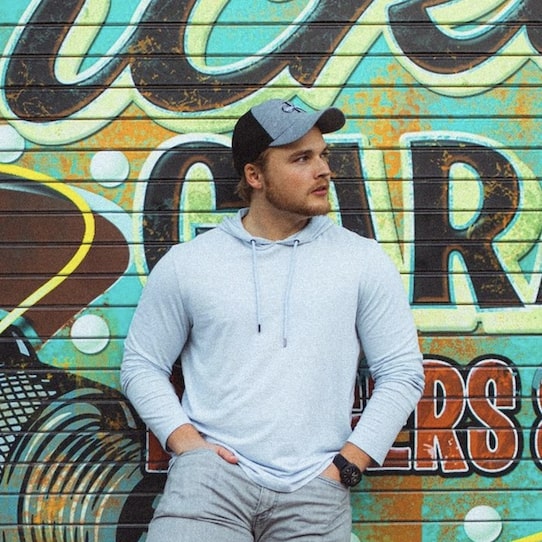 Dylan Vanas says every agency owner will eventually come to a crossroads: do they spend their time serving their current clients or trying to get more? Whichever one they pick, the other end of the business will suffer. So then they’ll try to hire employees, right? But then that eats up all their time. They’re constantly looking for new talent, interviewing, onboarding, training, babysitting, and usually, firing them when they inevitably don’t work out. So what’s the solution? You gotta find your SuperPlug, Dylan says.

Once Dylan found his Super Plug, he went from basically zero to a million dollars in less than a year. Without a single employee. Dylan says he’s essentially taken the old traditional methods of running a digital marketing agency, and flipped it on its head. He and his business partner, Brett Knutson, founded Monopolize, a full service agency that offers influencer marketing, digital advertising, PR, web development, design, social growth, content management, and more.

Back to the whole SuperPlug thing. What is it? It’s someone who knows how to scale a business with a lot of success; someone who can get big results without grinding it out eighty hours a week to produce those results. It’s also someone who has connections, influence, and a network of high profile people they’re cool with. Dylan learned about this through osmosis, in being around Brett, who is the epitome of a SuperPlug. The guy has relationships with the who’s who of online business.

Before adopting the SuperPlug Method, Dylan had built his agency to around twenty grand a month. But he was doing everything himself. Prospecting, sales, fulfilling, support, repeat. It was awful. He was a slave to his business. Later, thanks to the SP way, he realized he could make upwards of twenty-five grand a month, just from one client; and not even have to do the heavy lifting himself. Invoicing his old clients each month took up more time than what he now spends serving high end clients.

“For me, this was the single biggest upgrade that I made in my entire life,” Dylan says. “And I would say it’s fully responsible for what I now have. The life I live and the businesses that I have.” The three biggest lessons Dylan learned were: one, he needed a line of products that appealed to anyone, but that not just any old person could offer; two, he needed someone who could guide him; and three, he needed to position himself as an influential person.

Here’s the million dollar question: what if you don’t know an SP? Where do you find one? Well, one option is to have Dylan and Brett fill that role for you. In fact, they could introduce you to other SPs as well. Imagine an agency where you don’t even have to close deals anymore. They just get handed to you, ready to pay premium prices because one of your SPs already did all the telling and selling for ya. No need to make a bunch of case studies or testimonials or refer prospects to past clients you’ve worked with.

If anything, it’s the other way around. They need to sell themselves to you, just so you’ll take them on as a client. And instead of begging them to pay you, say, seven hundred and fifty bucks a month to run their Facebook ads, you might charge them twenty grand to get Instagram verified plus ten grand a month to grow their following. Sound too good to be true? It’s not, Dylan says. Book a strategy call to learn more about their SuperPlug system. No mention of cost, but I’m sure it’s not cheap.