Jeff Lerner Knows How To Save Entrepreneurship 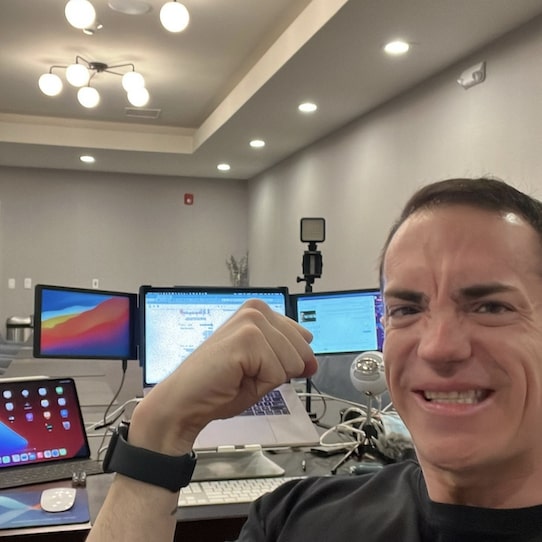 Jeff Lerner thinks the world is a freaking joke. The system has sold hundreds of millions of people on this basic set of options, almost none of which lead us to happiness or fulfillment. “And frankly, that’s why I have a business,” Jeff rants. “And, in less than three years, I have two hundred thousand students saying, ‘Hey, school failed me, my job failed me, the retirement system’s failed me, the banks are failing me, whatever path I got on that they told me to do, I’m not happy.’”

So that’s what Jeff’s trying to change by selling you course after course and coaching program after coaching program. He’s just trying to get the message out. He wants to break the conditioning that’s breaking us. And he’s doing it through direct response marketing. Which is getting harder to do as the big brands and VC-backed startups hammer you with ads over and over and over again until their logos are painted on your subconscious mind.

If you do any of this (*Jeff shouts and slams his hand on the table), you’ll be suppressed. Which is how they make it damn-near impossible for the little guy or gal to get their message out. You know, Facebook and YouTube and Instagram’ll start showing your posts and videos to less and less people; and they’ll feed everyone the status quo programming their billionaire buddies prefer; and they’ll make you so ADHD that you couldn’t even pay attention to a different message if you wanted to.

But Jeff won’t stop sharing the truth. And when the right people come across it, they’ll be savvy enough, Jeff hopes, to go, “Wait a minute, this guy’s speaking facts. Maybe I should subscribe, maybe I should keep following him.” So yeah, you’d literally have to kill Jeff to get him to stop. He’s on fire to destroy the system. And a certain segment of the population has that same fire, and that’s why Jeff says he got a book deal. The people have spoken, they want his solution to the madness.

I can’t. This is the cringiest video I’ve seen Jeff do yet. I love how he’s basically whining about the big platforms taking issue with some of his get rich quick ads, and turned it into an impassioned speech about sticking up for the little guy. You’re not saving the world here, Jeff; you’re promising people they can quickly and easily take a “millionaire shortcut” if only they buy your thirty-five dollar course; after which point, you’ll pepper them with upsells that top out at about fifty thousand dollars. And your IG preys on the very consumer culture you’re so against. Ugh.