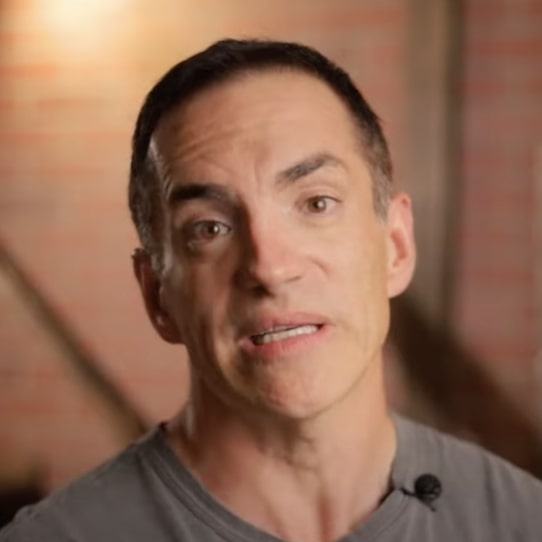 Jeff Lerner looked at a study that said less than fourteen percent of people would consider themselves happy. And yet, it might surprise you to learn that around eleven percent of Americans have a net worth of a million dollars or more. (Many of them fall into the unhappy category.) What’s his point? Well, despite being the most successful nation in the history of the world, despite all of our comforts and conveniences, as a whole, we’re still just trudging through life.

Here’s the punchline: money can’t buy happiness. But perhaps purpose can, says Jeff. “We as human beings are teleological creatures. That means we were created for a purpose. If you look at every majorly respected and accepted theory of personality, human beings long for meaning and purpose.” The fourteen percent of people who are waking up happy every day are, therefore, those who have clarity around their mission in life and feel fulfilled as they pursue it.

If you have a mission or a purpose, then you have a chance to be truly happy. The tricky part is, until you’ve got a few million in the bank, you still need to make a living, right? So does that mean you have to hate going to work every day until you turn sixty-five and can retire? Not necessarily. Not if you can find a way to align your passion with your profession right now. And that’s probably gonna mean starting a business, unless you’re lucky enough to find your dream job.

“Most people in this world spend forty to sixty hours a week doing something that doesn’t fulfill them,” Jeff says, “that isn’t aligned with purpose. And you look at all the other time between the commuting and the getting ready and just running around because you’re always in a rush to get to work; by the time you do all the other adult stuff like checking the mail and getting groceries, you got, like, a few hours left. And by that point, you’re exhausted, right?”

Okay, so how do ya get clear on your purpose? You’d think you’d just know what it is automatically, wouldn’t you? But most people don’t. They have a job, their family, friends, some stuff they do, by default, in their downtime, but they couldn’t tell you what they were put on this earth to do. Say that’s you. How do you uncover it then? They key, Jeff says, is learning. “If you don’t know what your purpose is, then your purpose, by definition, will be found in what you don’t know.”

Learn to love learning again, even though you probably hated it in school. Also, embrace challenges. Difficult but doable things that you endure and conquer will rewire your brain and change your relationship with time. Ever been in the zone? That’s what he means here. Where you’re so dialed in, it’s physically impossible to feel unhappy, right? You’re too busy kicking ass. Also, find a big villain in the story of your life and think of yourself as the hero who fights back. For Jeff, the villain is the status quo. What’s it for you?

From there, it’s about outward focus. What impact are you trying to have on other people? ‘Member how, earlier, Jeff made the point about how money can’t buy happiness? There’s a caveat: it can if it’s used to help other people. So find a way to make as much of it as you can, doing what you love, and then once you and your family are taken care of, look for ways you can leverage it to make a difference in someone else’s life. Add it all up and you should be well on your way to being happy.