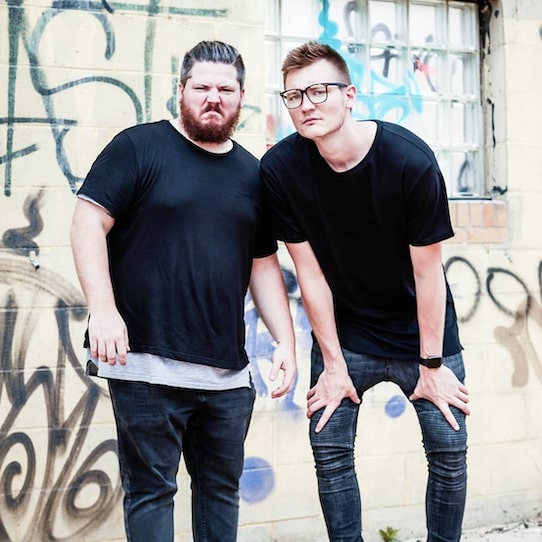 Kale Abrahamson and Taylor Hiott are the founders of Nine University, a coaching program that teaches you how to succeed with Amazon FBA. Their predictable system allows you to find, source, rank, and sell two, five, even ten Amazon FBA products on demand, every single month, while being able to predict profitability down to the dollar and day. It can all be boiled down to three simple steps. First, find a product that’s guaranteed to send customers into a buying frenzy. Second, use an insanely simple supply chain.

And then, third, implement the right systems and processes to rank your products on autopilot so you can actually have a life. That’s all Kale and Taylor did to start making a million bucks on Amazon every three to four months while still only twenty-five years old. Eventually they launched KT Nine and began sharing their secrets with others. One of their students, Gary Hutton, went from homeless to making twenty grand per month with Amazon FBA.

Another guy, Nick Nebula, went from working fourteen hour shifts as a nurse to earning a hundred and thirty K a month selling on Amazon. Joseph and Kylee, a couple, went from zero to four grand a day thanks to Nine University. Joshua Mallen ditched his insurance company when he started making twenty-five Gs a month on Amazon. In total, Taylor and Kale have produced three millionaires, one hundred six figure earners, and hundreds of jobs quit.

Kale shares one of his earliest FBA wins. Cornhole (bag toss) LED lights, which allow you to play at night. He bought the one on Amazon that was selling the best. Studied it. Figured out how he could improve it. Sourced it from Alibaba for cheap. Created better packaging, added different colored lights. Then engineered a market takeover. Listed it on Amazon. Even added a cool little video of him and his friends using the product. Ended up crushing it.

The key is to look for a product that has demand. Seven out of the top ten current bestsellers should have a monthly revenue of greater than five thousand dollars. At a conservative forty percent profit margin, if you came in and did five grand a month in sales, that’s two grand in your pocket. Kale and Taylor created a software called Boost Nine that shows you the monthly revenue for any product, along with other useful metrics such as number of reviews.

Speaking of reviews, Kale recommends seven out of the top ten have less than seventy-five. Or else it’ll be too hard to come in and compete with them. Aim for at least a two hundred percent ROI as well. Without margin, you can’t adapt and conquer. “Get these three things right (demand, competition, and ROI), and your business is guaranteed to thrive,” Kale says. “These are basic business principles that have been true for thousands of years. We just took them and applied them to Amazon FBA.”

If you nail your product, it’s all downhill from there. You buy low, sell high. It’s business one oh one. The last hurdle is making it to the first page of search results on Amazon. To do that, Taylor and Kale just run Amazon PPC ads. This makes Amazon love you; and when Amazon loves you, you make money on autopilot. Apply to Nine University if you want Taylor and Kale to guide and support you. Must be serious and have money to invest. Other reviews list the price at two grand with upsells as high as twenty grand.