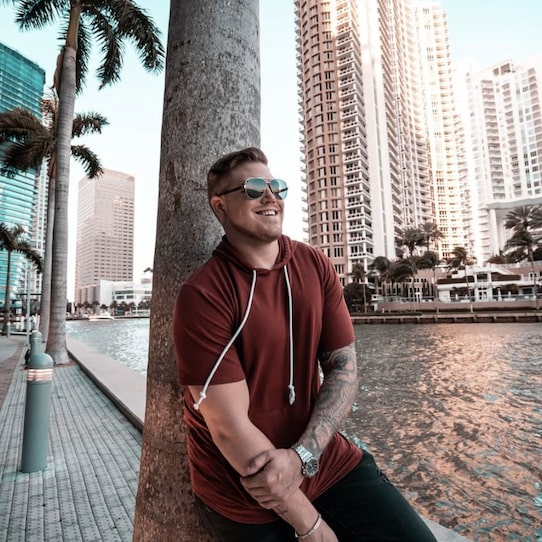 Zeke Pike has a new Facebook video ad. He’s in a mansion, on the second floor, looking down at the camera. He asks if you’ve tried to go all-in on your online business, but still come up short. Maybe it’s nowhere near the empire you envisioned having when you first started. That’s okay. Zeke’s team can build you a one hundred percent hands-free business leveraging Walmart automation. You get an automated income that scales on autopilot; award-winning evergreen products that have incredible margins; and literally everything is done-for-you.

Why Walmart? Why now? Zeke says it’s the next blue ocean opportunity. You can get in on the ground floor, as they just recently opened up their platform to third party sellers. EZ Ecomm is willing to build you an automated Walmart store because Walmart limits you to one account per household. Otherwise they would just make more stores and keep this to themselves, Zeke explains. For the record, I don’t buy it. I think they’d find a way around that if they wanted to.

But anyways, what does the business model look like? It’s basically just dropshipping. You never have to see, touch, or store any inventory. EZ Ecomm lists products for sale in your Walmart store; people buy; they then order those products for less than what they just sold for; the supplier ships them out; Walmart takes their fifteen percent; you and EZ Ecomm split the remaining difference. There’s no shortage of products. They can list anything with decent margins.

Confused? Here’s how it might look. EZ Ecomm lists a desk for sale for a hundred bucks in your Walmart store. Someone buys. EZ Ecomm immediately goes and orders that same desk for fifty bucks, straight from the manufacturer. Who ships it right to the customer. Walmart keeps fifteen percent, so fifteen bucks. There was fifty dollars of margin. So fifty minus fifteen is thirty-five bucks. There’s your profit. Now you have to split that with Zeke and company, right?

How much does EZ Ecomm keep? It depends on the level you join at. You have three options. Their standard package costs thirty-five grand, and gets you a sixty-forty split (in your favor). Their middle package costs forty-five grand, and bumps you to sixty-five (and they get thirty-five percent). Their top package costs fifty grand. With that, you get to keep seventy percent, while they take thirty. So on the desk example, you’d keep anywhere from twenty-one bucks to twenty-four-fifty.

Zeke gives an FTC disclaimer. EZ Ecomm cannot guarantee sales or profits, he admits. It’s a great opportunity, but there is definitely risk involved. What could go wrong? Probably the main thing is right when the money starts coming in, Walmart suspends your account. Maybe they think you violated something in their fine print. So far, Zeke says, that hasn’t been an issue. But you never know and it is something to be aware of. No one can predict the future.

If your store does go down, EZ Ecomm will do everything in their power to get you back up and running. Still though, no guarantees. Anything else you should know? Yes. In addition to their service fee, you’ll want to have as much open credit as possible. Reason being, it’ll take a couple of weeks for Walmart to pay you out. In the meantime, you’ll have to float the money for the dropshipped products. How fast you can scale will therefore depend on your credit card limits.