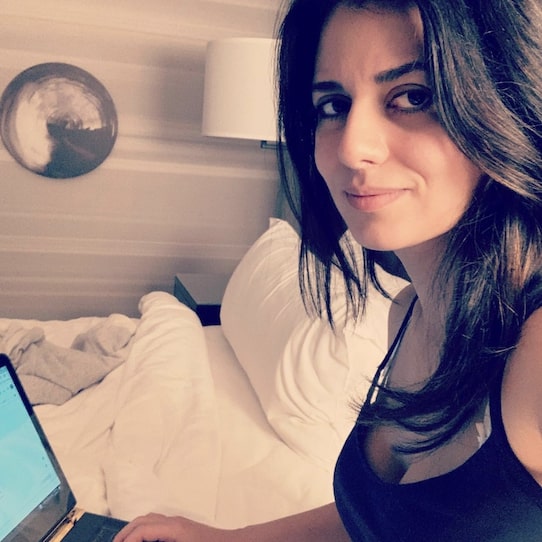 Invest Diva founder Kiana Danial used four basic steps to build her $5 million portfolio. One, she turned off the news. Why? Because it usually causes you to do the opposite of what you should be doing. Two, she measured her risk tolerance. Meaning, she factored in her time horizon, need for income, willingness to withstand market crashes, and so on. Three, she chose assets that matched that risk tolerance. And four, she set buy limit orders at key psychological levels.

And guess what? She’s not panicking as the market dips lower and lower. “Thanks to my Wealth Ecosystem, my portfolio is still above $5 million,” Kiana says. “In fact, many of my buy limit orders just went through. My Wealth Ecosystem has four pillars. Income, influence, investing, and insurance. It’s designed to achieve early retirement and generational wealth. If you don’t have a Wealth Ecosystem, you’re probably panicking right now. Check out my book, Million Dollar Family Secrets, to learn more.”

It really comes down to three main reasons most people lose money in the stock market, Kiana says. “Number one, they go in without knowing their risk tolerance. Number two, they buy assets that don’t match their risk tolerance. And number three, they buy at high prices because they don’t have long-term goals. And then, ultimately, when the markets drop, they end up panic selling. Once I stopped making these mistakes, I quickly went from $100k to a $5 million net worth, and growing.”

What else does Kiana have for you? Well, let’s talk dolla dolla bills y’all. “Did you know that leaving your money in the bank is like setting your money on fire?” Kiana says. “Thanks to inflation, your money in the bank is losing its value every single day. If you don’t wanna lose money every day, you need to start investing. You can take my free masterclass at InvestDiva.com to learn how.” Okay, but what about crypto? How’s she see that playing out with the world having an absolute tizzy lately? Scroll down, read on.

“Ooh, bitcoin just dropped below the key psychological level of about $30,000,” she reported a few days ago. “So where do we go from here? I take full responsibility for this because I’ve so far been quoted on Time magazine, Forbes, Motley Fool, and Investing.com, for identifying the $30k as the key psychological level and it just broke below it. There are multiple fundamental reasons why this got triggered but that’s not what I’m gonna talk about right now because the trigger doesn’t really matter.”

“What does matter is that bitcoin has now broken below the neckline of this double top chart pattern. History rhymes. If you don’t believe in patterns, then you’re probably gonna get triggered, but a double top chart pattern is a bearish reversal chart pattern. Even though BTC corrected almost as soon as it dipped below $30k, there’s still a chance we could see lows as low as $22k and even $11k. This is not uncommon with bitcoin. Bitcoin is volatile. Last time this happened we went into a crypto winter.”

Which sucks, yeah, but then it exploded from $3k to about $68k. So dollar cost average right now, Kiana suggests; or, if you’re out of “dry powder,” just ride it out and focus on the long-term. Whatever you do, don’t you dare sell at the bottom. That could be a million dollar mistake. Also interesting, Kiana thinks Coinbase’s recent warning about how you could lose any money you have with them should they go bankrupt? Was just to get people selling so they could boost revenue via transaction fees. Damn. If true, that’s ice cold. Follow @InvestDiva for more.