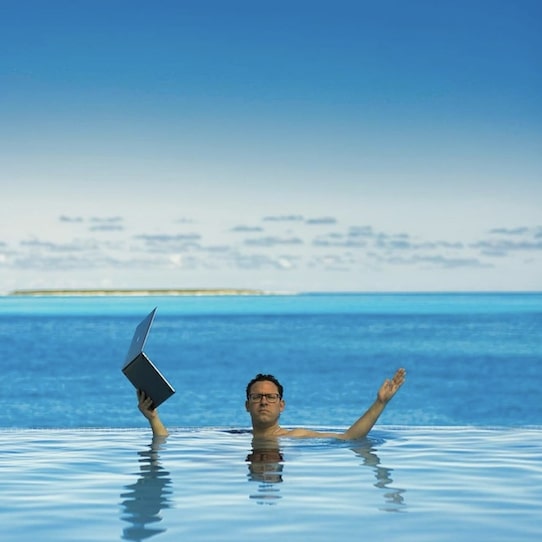 Timothy Sykes is a millionaire mentor and trader. PennyStocking.com has a case study showing how he helped 23 people become successful at trading stocks. “I wanna talk about the markets right now because I know that there’s a lot of confusion,” he says at the start of the video. “But I’ve been trading now for 20+ years and I found one pattern that happens again and again and again in different markets. Doesn’t matter what’s going on in the world.”

“Doesn’t matter what’s going on with Russia,” he continues, “or inflation or potential stagflation. There’s a lot of controversy and a lot of issues right now, but one pattern remains the same. And this is frankly how I turned $12,000 now into nearly $7.5 million. Now I have 25+ millionaire students, which has quintupled in the last year or so. It’s been crazy. I’m actually filming this in the middle of the night. I’m just getting done trading for the day, and I’m actually here in Asia just to make things more complicated.”

Tim claims he’s over there on charity work, because he donates all his trading profits to charities these days. Which is small potatoes compared to what he makes selling you the system, but I digress. Anyways, Tim’s point is that, regardless of the chaos around us, there’s always opportunities to profit from trades if you’re prepared. For example, marijuana stocks like TLRY and MJNA are spiking right now. SNDL as well. Or at least, they were all hot back when Tim cut the case study.

But yeah. Tim’s a human pinball machine. He can’t finish one thought without bouncing to a tangent about his charity work, launching into a humble brag about how many millionaires he’s created, slowly making his way back to his original point, only to blast off in a new direction about being on CNBC and Steve Harvey and CNN and New York Times and anywhere else that’d take his money. While I don’t really believe in medicating your kids, Timothy Sykes makes a great case for Ritalin.

“I have a pretty big mouth,” he admits, “because I want everyone to learn from what I’ve learned, the hard way, over 20+ years. I never had a teacher, I never had a mentor. I show all my trades actually. It’s all there, you can see how I made over $7 million dollars. But more important than me are my students. For example, Jack Kellogg. He’s up nearly $700,000 in just the first few weeks of 2022. He used to work valet; he saved up all his tips to come learn with me and now he makes more than I do doing this.”

As long as you take small wins on the way up and on the way down, you can continue growing your account in any market, Tim explains. But he’s honest: he doesn’t win every time. He and his top students win about 55-, 60-, maybe even up to 75% of the time. “The market’s insane right now. While most people are scared of what’s going on, my top students and I are capitalizing on it,” Sykes says. “It sounds awful, but there is opportunity in crisis. With energy plays, with cyber warfare now, marijuana, electric vehicles as well.”

Ultimately, it’s not much of a case study. It’s just Tim being Tim. He’s nothing if not entertaining. The point of the video, of course, is to encourage you to apply for his coaching program. You’ll be interviewed by his team, he doesn’t accept just anyone (*wink, wink), something something, blah blah blah. It’s the same basic pitch he’s had for like 10 years now. At least I do hear him talking about studying, putting in the work, being in it for the long-term, it’s a marathon not a sprint, et cetera. So hey, he looks like a saint compared to Jason Bond.