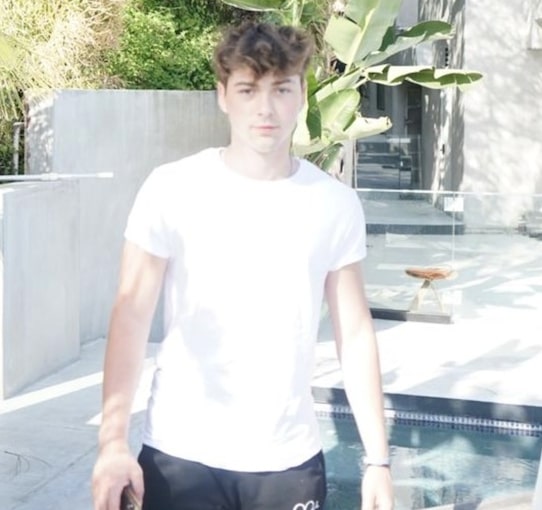 Ben Johansen helps people double their income with a high demand skill that increases wealth in an exploding multi-billion dollar industry. In a Facebook video ad, he holds up a fistful of cash and says, “This right here is twenty-eight thousand dollars and this is exactly how much money I made last month. Now, if you’re assuming I built an ecommerce store or built a social media agency or any other type of business then you’re wrong.” Keep reading for my Lion Closers review.

“I’ve never had to build products or deal with suppliers or market my services or do any other kind of business building whatsoever,” Ben continues. “Yet, I still earn this much money every single month just, ya know, working one to two hours a day, on my own terms, using nothing but my phone. Now obviously I can’t guarantee I can help you make twenty-eight thousand dollars a month, but I have helped more than sixteen hundred people quit their nine-to-five.”

He claims he did this in one month. That it couldn’t get any easier. And, plot twist, it has nothing to do with any of the other make money online pitches you’ve been seeing in your newsfeed. So you can forget about dropshipping, you can forget about affiliate marketing, online courses, consulting, starting your own digital marketing agency, all of that. Even real estate is garbage, he says. Takes too long, far too complicated.

Ben already had a job. He wasn’t trying to add more work to his plate; the goal was to make more doing less. So instead of starting a brand new business from scratch, he focused on learning one high value skill that put him dead center in a booming one hundred and twenty-nine billion dollar industry, he says, borrowing a line from the guys over at Inbound Closer. From there, yeah, he pretty much swipes their entire video sales letter. Ben, Ben, Ben.

Work with wealthy business owners, stuff your pockets with daily commission checks, yeah, yeah, blah, blah, blah. “Yeah I know, that probably sounds absolutely insane,” he admits, “but within twenty-eight days I had earned more money than I had earned probably in the last six months working at my old job. And I did it part-time, which was on my own schedule, and using nothing but a cell connection. And it’s pretty crazy, right? Well, here’s the cool part.”

Ben goes on to say how all of that happened two years ago. Apparently when he was in junior high. Now today he teaches people that same skill. High ticket phone sales for gurus, in case you haven’t figured that out yet. “I teach it to people all the time so they can earn large daily commission checks just like me. My sixteen hundred-plus students have quit their nine-to-fives and now work for the largest teams all over the world.”

All they did was follow the exact same steps Ben wants to show you. He threw together some courses, called it the Ultimate Sales Bundle Giveaway by Lion Closers, listed the value at over twelve thousand dollars, and wants you to buy it for the heavily discounted price of fourteen-ninety-five. There’s a countdown timer. Because of course there is. After you buy, he tries to upsell you into a much more expensive Lion Closer Private Client thingamajig. For me, when you copy other people’s work, I can’t take you serious.