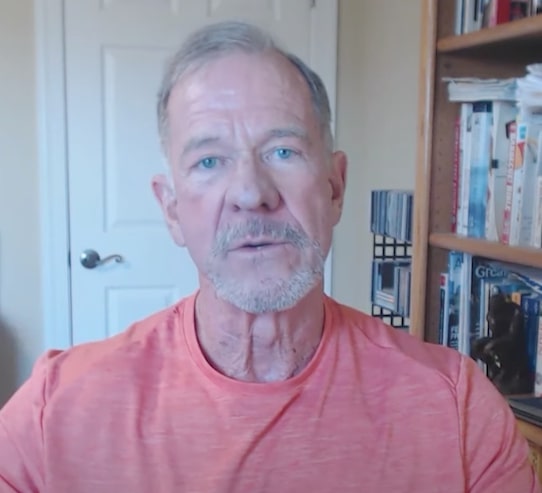 Marc Barrett claims he made thirty-eight thousand in one day. But it wasn’t always that way. He used to have a nine-to-five job he thought he’d never escape from. Luckily, he stumbled upon this mysterious autopilot income system, and now he’ll never have to work another day in his life. You can join him. He’ll tell you how in his new eBook, Side Hustle Millionaire Secrets. Skeptical? So am I. But let’s hear the man out, shall we? Cool. Continue down the page for my Marc Barrett review.

Once you sign up for the PDF guide, you’re taken to another video from Marc. You’re told Side Hustle Millionaire Secrets will arrive in your inbox shortly. For now, he’d like to tell you about a high ticket, high profit opportunity he’s involved with. Where you can plug yourself into a system where all the rough edges have been taken off. You don’t have to worry about advertising. They have a co-op. Everyone chips in on ad spend; the ads are run for you.

You don’t need to build websites or mess with marketing funnels. You can just duplicate theirs. No need to worry about chasing people down, trying to close a deal for twenty grand; they have phone closers for that. So it’s kind of a done-for-you business concept, Marc says. You wouldn’t have to spend more than an hour or two a week working on this. Probably not even that. Is it just me or does this sound way too good to be true? My guard is up.

Let’s see, what about the products? What is actually being sold here? Marc doesn’t say a whole lot about them. Just something about e-learning. Big demand, big ticket, big margins. Which equals potentially big commission checks for you. Don’t forget, this system made Marc a millionaire. And, once you buy in, you’ll be using the exact same system. In theory, it should work the same for you as it does for him, right? Maybe. Read on.

Coach Marc has this whole thing down to a science. Their team regularly closes high dollar transactions. All the way up to a hundred thousand dollars for a single sale. They can do the same for you. Yikes. I would want nothing to do with charging anyone six figures for anything. Especially if there’s a chance they wouldn’t make it back. I’m not saying that’s wrong or shady in any way, I’m just saying it’s a bit outside my comfort zone.

Outside of the steep price points and vagueness about the product line, I mean, it’s a good ad slash funnel by Marc. He definitely inspires the slightly older crowd that, no, you don’t need to be a twenty-something tech prodigy in order to make money on the internet. Nor do you need to hustle your face off like Gary Vee. If you partner with the right people and plug into the right system, semi-passive commission checks are certainly possible.

Will you become a millionaire like him? Statistically speaking, probably not. But could you make part-time income? I don’t see why not. Could you replace your full-time income? Definitely. Is this particular side hustle the thing that’s going to finally do it for you? I’m not sure. I think we need more details. I would like to see Marc Barrett pull back the curtain a little more, show us what’s going on, how everything really works behind the scenes. For now, I’ll say I’m cautiously optimistic about Millionaire Side Hustle Secrets.